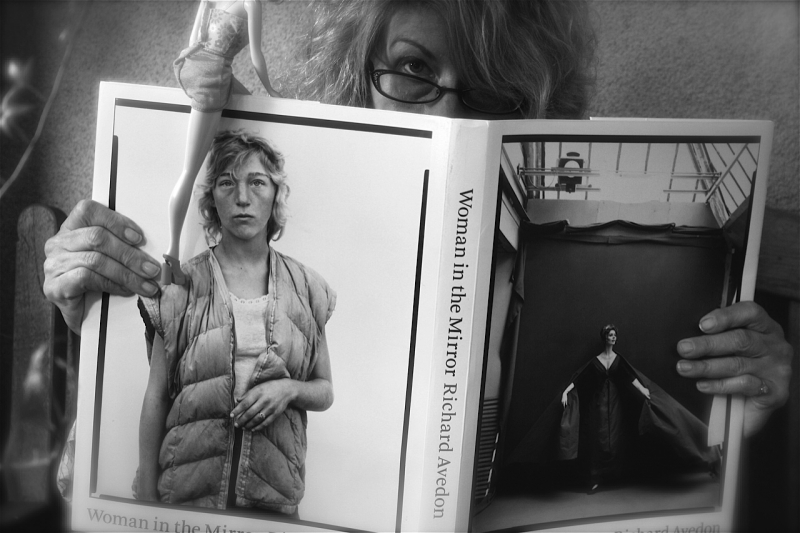 As the psychoanalysts Jung and Freud both observed, fairy tales frequently reveal more about a culture than its sophisticated literary texts. These are the stories we hear at a young, impressionable age. Whether we’re conscious of it or not, these tales of angelic and evil women, knights on white horses, and wolves in the forest shape our ideas about beauty, love, and danger.

In her latest collection, Sex Libris (What Books Press, 2013), Judith Taylor inventively plays with myths and fairy tale imagery, subversively challenging traditional ideas of what it means to be a woman.

Even the book’s title, Sex Libris, a clever pun on ex libris (a Latin phrase literally meaning “from the books”), makes reference to the common beliefs about love, femininity, and sex found in fairy tales and literature. The title poem conjures Flaubert’s Madame Bovary…

of woosh? Who’ll give one pence

for a mildewed thong? Fiction’s hint:

fling yourself into something

mattazzing with the ruddy body

of syntax. Emma B. says:

“The best amusement in the city

with a varied menu.” (“Cheap

Taylor’s poems, which are witty and smart, as well as moving and intimate, summon Little Red Riding Hood and Goldilocks, Salem witches, Stepford wives, night hags, Tosca, princes, Miss Muffet, and James Bond—stories, new and old, about heroes and heroines (and villains too). The title of one poem, “The Thinking Woman’s Dust Mop,” hints at Taylor’s verbal wit.

“When Last She Gazed Out Her Casement Window” is a cunning jab at both the story of Rapunzel and also the Victorian female archetype, a staple in poetry by Tennyson, Browning, and Dante Gabriel Rossetti, as well as paintings by male Pre-Raphaelite artists of the period. Like the Victorian poet Christina Rossetti, who subversively used the imagery of windows and mirrors to explore female sexuality, Taylor wrests this ancient trope from its literary past and puts a dazzling, modern spin on it. (The poem is included below.) 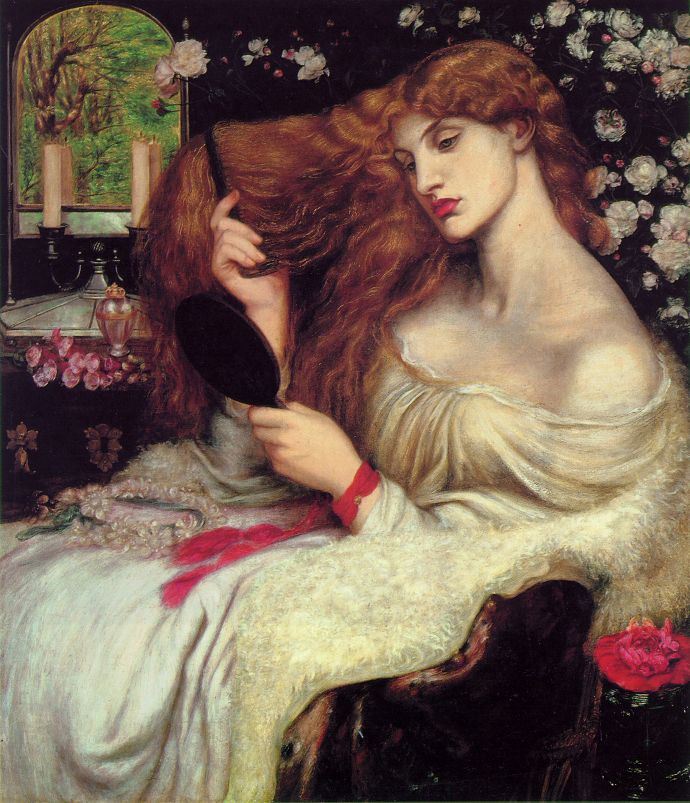 Lady Lilith, the subject and title of this painting by Dante Gabriel Rossetti, is described in Judaic literature as the first wife of Adam. She is associated with the seduction of men and the murder of children. Rossetti depicts Lilith as an iconic, Amazon-like female with long, flowing hair. Her languid nature is reiterated in the inclusion of the poppy in the lower right corner—the flower of opium-induced slumber. (1866-1868, oil on canvas, 38 x 33 1/2 inches, Bancroft Collection, Wilmington Society of Fine Arts)

Taylor also writes beautifully (and humorously) about what it’s like to be a middle-aged woman today. Our self-image is closely tied to these popular stories, Taylor’s poems suggest. Real women—smart, interesting, modern women—still live in the shadow of childhood fairy tales and cultural expectation.

The question of how we escape that shadow pulses through Sex Libris. Its narrator is constantly wrestling with the disparities of past and present:

Dwarves sleep in their coffins, what a poor tooth of a daughter.

The dark clot in your heart travels.

Oh child, you must invent new. 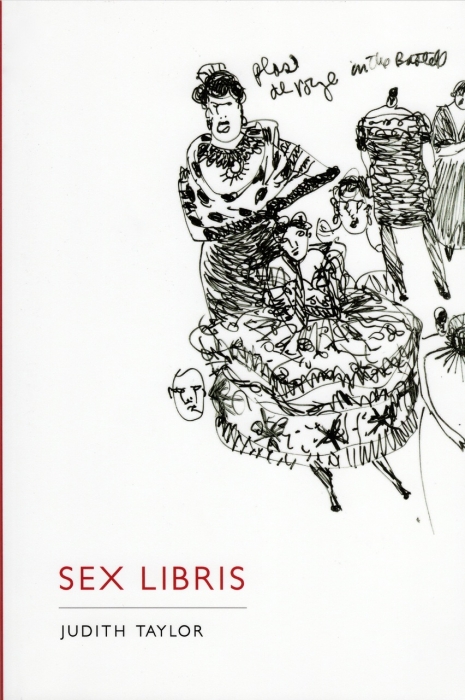 How does a middle-aged woman reconcile these childhood images with the realities of aging?

“Oldish?” Taylor writes in “The Well-Stocked Home.” “Festoon yourself with birdcage earrings and a Stones tee.”  And here is an excerpt from “The Slippery Driveway”:

It’s the hour for her Blue Velvet cocktail.
That’s a secret, dahling,
in whatever time zone chastisement lurks.

She worries that her eyebrows, and her chins,
are redundant.
Does this mean she is her own double,

or that her choicest parts are going out of warranty?
In either narrative,
her joists are hollow, it’s hard to breathe

in the heaving ballroom. Nevertheless, it’s better
to be bad-tempered
than to self-immolate, become food.

But  Sex Libris is not simply a linguistic exercise punctuated with cleverness and literary references. Many of these poems produce their own emotional resonance, particularly the more lyrical five-line poems that appear throughout the collection:

When your picture fell out of the book, I felt nothing.

A portal to the past, transparent and forbidding.

Put on the role, the carnival, soul’s silver coffin.

Why be haunted by ghosts who have forgotten us?

Sure, Taylor makes us laugh, but she makes us feel, as well. It’s a pleasure to be in the hands of such a talented, funny, and honest narrator—a real woman who has experienced real life, who is not afraid to call a spade a spade.

How do we explode the myth of the demure, ageless, golden-haired good-girl? According to Judith Taylor, one truthful sentence at a time.

The one who is not The One appears in your sleep.

Does the cat follow you because you feed her or is she a haint?

By day you walk cool aisles buying anemones and fruit.

To work under the spell is not the same as working under the dream.

When Last She Gazed Out Her Casement Window

Mind/Body    Body/Mind    Together?
Or, two entities—one essence and one thing?

Guess which one is the thing.

Sometimes she has been irritated with her thing.

Imprisoned in a tangled tower of words,
locks too short for a prince (!) to grab on to,
shorn on purpose. She supposes she’s perverse.

No one’s ever said the Mind/Body’s logical.

Pop quiz: Describe one act/thought of a life’s nano-moment.

Between snow and snow we slide into rumors and fences.

Trying to shoot photos that don’t sing like postcards.

In my dream he’s attached tiny stones to his billets-doux.

Am I caught again in the revolving door of cravings?

Living from one unremitting emporium to the next.

The nagging fly’s a plane. Fragments of day
And the ragged edgy night get mixed up

In the curly yellow batter of my head.
The world’s too svelte when squeezed, too

Miniature—it can pork out in front of your
Dazed eyes. In the Galapagos Islands,

Birds don’t fly away from humans,
They preen and flap and mate quite happily

While we stand there, staring. I watched
The Blue-footed Boobies’ sex-samba.

Lucky. I love the deep chancey Black
Lagoon from where what’s possible

Lumbers out. Beginning’s a cinch but
No one really knows how things will end.

Incubus vision sucks out of us a tale
We might not want to birth in the light of day.

All the ghost stories last night turned out
To be jokes or fables. But I know of someone

Who ran out into the night because a dead child
Suddenly loomed in his room.

Angel of the inexplicable or of madness?
A hard winter’s coming—the sky’s

Blank white canvas, malevolent. Hi, bull
I think of as intelligent because you swing around

Your huge domed head when I lope by,
Do you know when the weather’s going to attack

From above, but can’t tell me? After I return
Home the doctor wants to look carefully

At that mottled spot on my neck. I told her
It was just my Galapagos tan peeling.

Comes up fast, like the hard vast earth
When you’re free falling and your chute

Won’t open. Is some Thing here with me
In this room? I hope what I’m hearing

Is my own jagged breath.

So strange to go naked without pretty earrings.

I won’t conjure up the decorative frills of avoidance.

I think in time we are all simple beings.

When a tree is shorn, see what lives in the limbs.

Writing in the Dark

Our heroine must run from the house, its smoke-filled mirrors.

It is the formula as are her lovely yellow curls.

Why must she run out on the cliffs in pounding rain into the arms of the hero?

Hey, Goldie, don’t flee to the sea, go into the woods.

Watch how the hills glisten before they darken to silhouette.

Now wait for the appearance of the wolf.

You should be prepared for his bony face.

There’s a mask in your pocket, there always is.

Now you be the wolf. 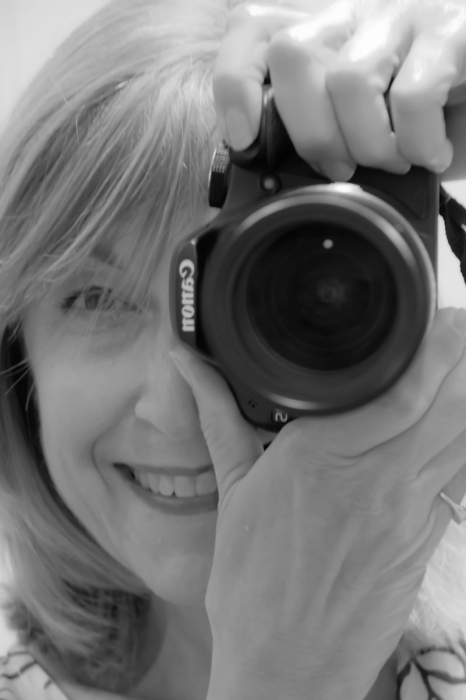 Judith Taylor is the author of three poetry collections, Sex Libris (What Books Press, 2013), Curios (Sarabande Books), and Selected Dreams from the Animal Kingdom (Zoo Press), as well as the co-editor of Air Fare: Stories, Poems and Essays on Flying  (Sarabande Books).

She is the recipient of a Pushcart Prize. Her poetry has been included in numerous anthologies and journals, including Poetry, APR, Boston Review, Fence, Conduit, The Antioch Review, Pleiades, Columbia Poetry Review, and Court Green.

Taylor’s photographs have been published in Lana Turner, The Writing Disorder, and The World is a Text: Writing, Reading, and Thinking about Visual and Popular Culture. From 1975-91, she was on the faculty of UCLA Extension Writers’ Program, and now teaches privately. Taylor is a founding editor of POOL: A Journal of Poetry and has managed and co-edited the journal since its inception in 2002. To learn more about Judith and her writing and photography, please visit her website.

All poems © Judith Taylor. These poems appear in Sex Libris (What Books Press, 2013) and were reprinted with express permission from the author. All Rights Reserved.