Art Meets the Monsters: Grimm’s Tales Through the Looking Glass

Art Meets the Monsters: Grimm’s Tales Through the Looking Glass 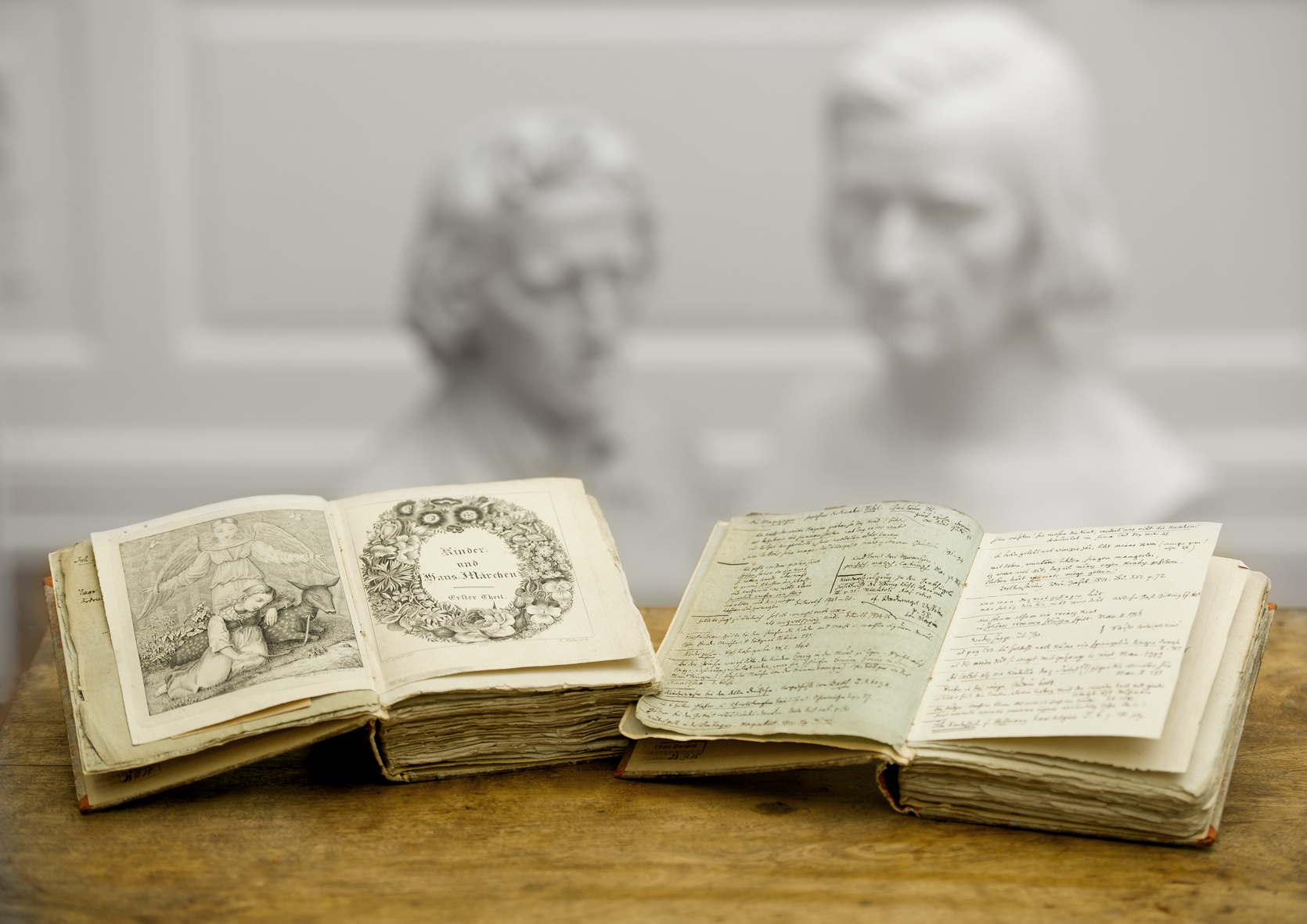 Murder. Infanticide. Mutilation. Incest. While true love intermittently raises its pretty head, Grimm’s fairy tales are far darker than the Disneyfied versions so many of us know. And yet these folk tales, collected by the brothers Jacob and Wilhelm Grimm in the early 1800s, have remained wildly popular since publication. One early critic dismissed the Grimm’s collection as “tasteless” and “dismal,” and though the stories were never intended for children, this did not stop eager parents from reading the Grimm’s collection to their children at bedtime.

But the tales are not meant to simply terrify and entertain. As fairy tale scholar Maria Tatar explains, “the beauty of these stories is that…they don’t have a single message or moral….It gives us an opportunity to talk about scary things. About cultural contradictions, …innocence and seduction, monstrosity, and compassion, alterity — the other.”

It was these contradictions that the visual artist Corwin Levi and I found most fascinating. What would happen, we wondered, if we paired Grimm’s tales with contemporary art? As we worked our way through cup after cup of coffee installing a show in Seattle this January, we began to envision contemporary artists making work in tandem with specific Grimm’s tales. When placed side-by-side, how would both the story and the art expand? The end result: Mirror Mirrored: A Contemporary Artists’ Edition of 25 Grimm’s Tales.

Pairing fairy tales with contemporary artwork is not only a way of reemphasizing these stories’ relevance to a diverse contemporary audience, but also a way of challenging the canned fairy tale notions of beauty, good and evil, and identity. While Corwin and I both love Arthur Rackham and Walter Crane’s Grimm’s drawings, we wanted to avoid “illustration” in favor of a less conventional approach. 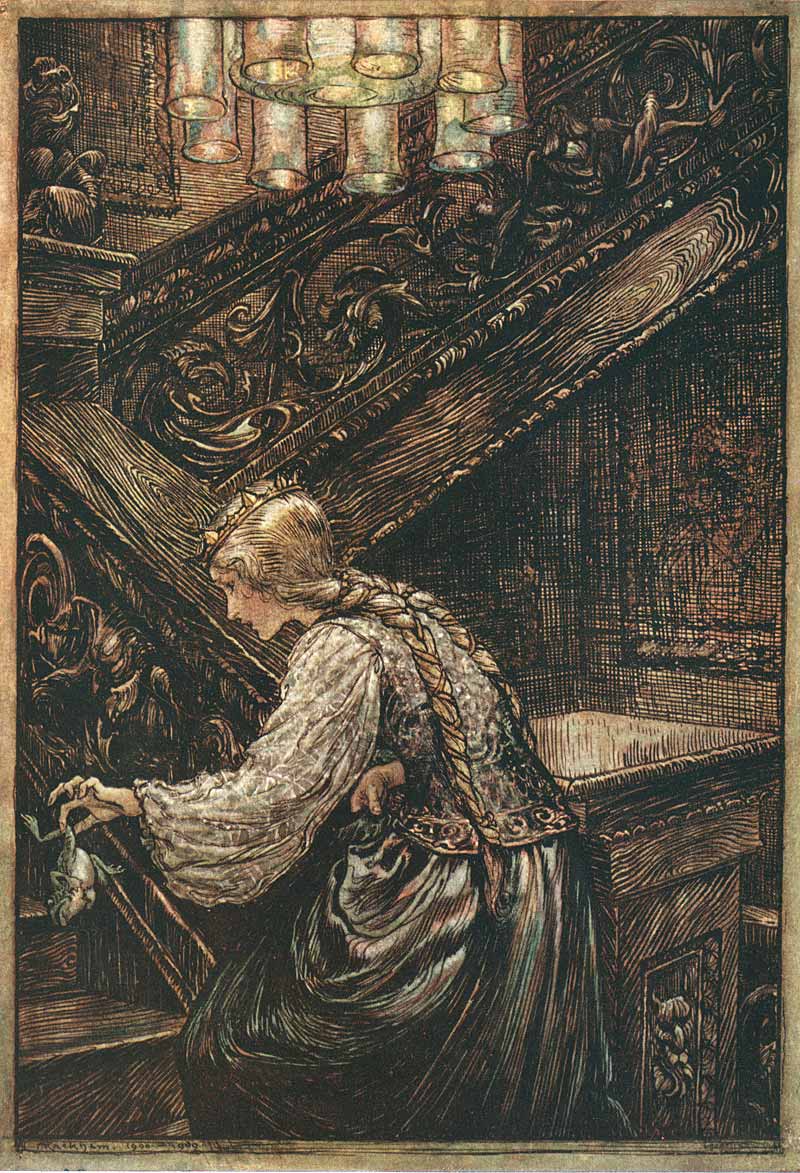 Artist Paul Miller (aka DJ Spooky), for example, is making a new art work in response to “Red Cap,” and while I have no idea what the end result will be, I know Paul’s piece will be excitingly expand our understanding of this classic tale and illuminate an aspect of our contemporary life.

Through the centuries Grimm’s fairy tales have served as a sort of cultural Rorschach test. During the Grimm’s brothers lifetime, some readers complained about the sex and violence in the stories, and in the mid-twentieth century the tales were banned in Germany during the Allied occupation because they were linked to the rise of Nazism. The Swiss Psychoanalyst Carl Jung believed that fairy tales held the key to human archetypes and the collective unconscious. And, more recently, Hollywood has mined the Grimm’s archive for television shows like Grimm and Once Upon a Time. The stories have also had a profound literary influence on writers like Neil Gaiman, Karen Joy Fowler, Angela Carter, Margaret Atwood, Charlotte Brontë, and Lewis Carroll.

For this project, we are giving artists a wide berth in how to interpret the stories and as a result, the final product will include not only paintings and drawings, but also reworked text, video art, and choreography (accessible in printed books through the wonder of QR codes). 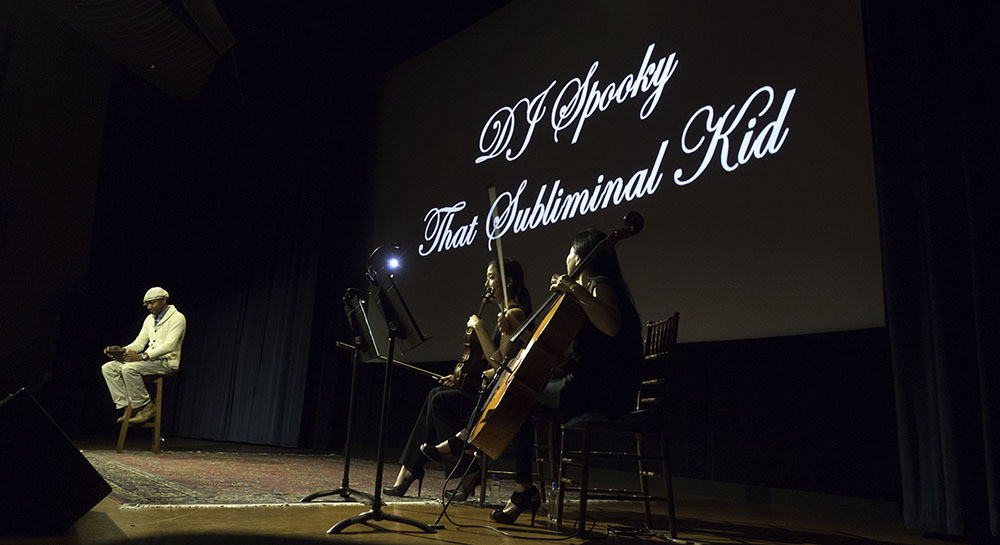 Paul D. Miller (a.k.a. DJ Spooky) is one of several multi-media artists who will be creating a work for the Mirror Mirrored project. On October 10, 2014 Miller premiered new pieces from his work Arctic Rhythms at the National Geographic Society in Washington D.C.  (Photo by Corwin Levi)

Mirror Mirrored: A Contemporary Artists’ Edition of 25 Grimm’s Tales is the debut of Gwarlingo Press, a new art-focused, publishing venture. Our first book is being crowd-funded through Kickstarter and features some marvelous rewards including original artwork, pre-orders of the hardcover and eBook versions of the project, and a live house concert by one of Mirror Mirrored’s performance artists. Our artists will get a percentage of the Kickstarter funds, so the better project does, the better our artists do (and as you know I am ALL about helping artists).

As Gwarlingo readers, I wanted you to be among the first to hear about this undertaking and to ask for your help spreading the word. Please share the Kickstarter link: bit.ly/mmirrored to show everyone what we are up to. You can also follow Gwarlingo Press on social media using the below icons, sign up for the Mirror Mirrored mailing list, and check the regularly updated website.

I hope you will consider participating in this new publishing adventure. This experiment is a work in progress, and I’m sure there are many surprises are still in store. What I know, though, is that we have chosen an eclectic list of tales and an amazing mix of established and emerging artists and now, with your help, the fun begins.