The Sunday Poem: Joshua Beckman’s The Inside of an Apple

The Sunday Poem: Joshua Beckman’s The Inside of an Apple 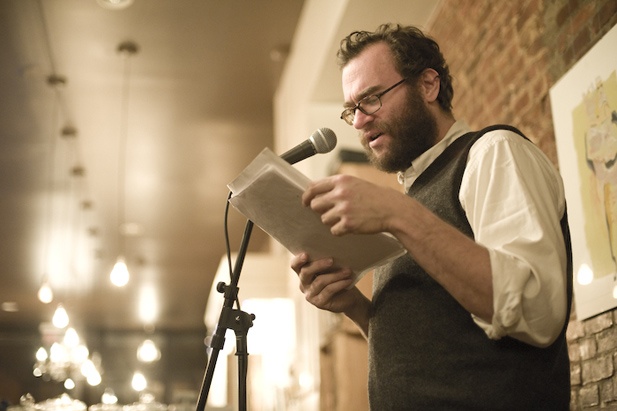 The poems in Joshua Beckman’s new book, The Inside of an Apple (Wave Books, 2013), have all the immediacy of a “V” of geese passing overhead: for a brief moment, everything else falls away. While not technically haiku, Beckman’s latest work shares many characteristics with the form—the spareness, the juxtaposition of images, a focus on the natural world, and a sensory urgency. 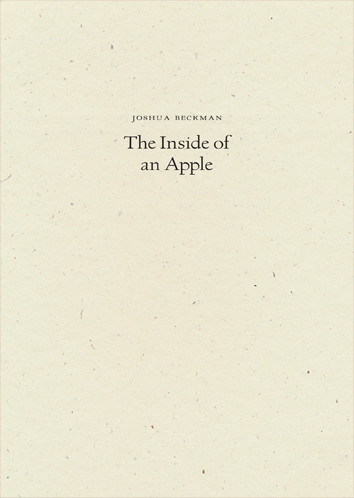 It makes sense that Beckman was the co-translator of Jorge Carrera Andrade’s Micrograms, which was featured on Gwarlingo in July of 2012. The Ecuadorian writer’s micrograms—poems between three to six lines long about little natural creatures (both flora and fauna)—share affinities with Beckman’s own work: both writers wring a lot of meaning out of very few words.

But Beckman isn’t constricted by any sense of tradition. Haiku and micrograms are only a springboard for poems that are highly original and very 21st century:

With plainspokenness and the juxtaposition of modern and traditional imagery, Beckman creates a sense of both timelessness and timeliness—no easy task. It’s Beckman’s sincerity, combined with his ability to not take things too seriously, that gives his poems a subtle power. It’s rare to read work that feels simultaneously contemporary and ancient.

Some years ago, Beckman (along with poet and editor Matthew Zapruder) appeared on Michael Silverblatt’s Bookworm program, where he explained his approach to writing in more detail:

“People want to ask you when they see a poem like this, ‘how long did you work on this?’…and the real honest answer is, ‘all day and all night, and your whole life.’ You work on it all the time because you’re reading, you’re paying attention….What’s not important is impressing someone, what’s important is being meaningful to someone….I’ve been impressed by poems, but I don’t remember them; I remember the ones that were meaningful to me.”

It’s this focus on meaning over flashiness that allows The Inside of an Apple to stand apart from so many other collections that lack soul (for lack of a better word).

I have six poems from Beckman’s latest book to share with you today. Enjoy your Sunday.


the inside
of an apple

I saw a picture being still
and I was still too
having seen something.

everyone in town is gone to sleep
and I step out into the street
so I might see a thing
and see a thing I do.

These bars on tracks
as trains do ride

so always where the earth is
no one’s really there.


On 13th street
where there are cherry trees
and children brought
by their parents to live
in calm patterned seclusions kept
the day flowers and in a bowl
I poured the water.

The earth feels made to the sky, no?


The burdened cry
or madrigal of
trashbird as beak is
when jabbed into
grapefruit, seeds
knocking around
the dusty sidewalk
a strand
of human hair
wrapped inexplicably
around its beak
and as it hopped about
a little skill
did fill it
that it could lift things
that it could search still,
but feed and fix
it could not do
so while its time
as might be clear
ran short too soon
it cast briefly
a rough and bold figure
lifting itself from the weeds

one sun up
one sun down

the darkness there
in watered mist


Crackle crackle
little hails on my hat
clicking their notes atone
hear this: an awning to
bounce off of, and the things
you saved up
for dreams came down speaking.


On tracks I bake
in fields I lie down
bombs make holes
in buildings
and I go through
those holes like light
I saw
an old man living
in a quarry, and I saw
an old man living in a tank
I read about caves
and I read about
the first pretty flowers
in a glass dish growing
like a droplet or a pollywog
I split like an amoeba
into shy and passive tribes
which would I thought
fight and be done
I saw a beaver from the window
awkward on land and thought
of that place covered in water
now because of rain
this poem which was to be called
Waste & Use
will be called Image of Solace
Attempted in Your Name
My little Ruby
swims around
in the mucky puddle
that was a yard
and baby dogs
have soft soft paws 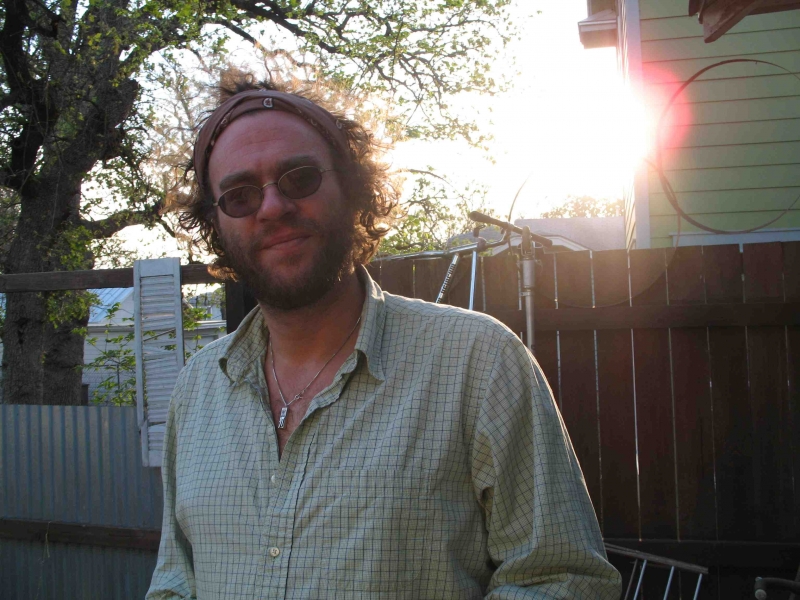 Joshua Beckman was born in New Haven, Connecticut. He is the author of six books, including The Inside of an Apple, Take It, Shake and two collaborations with Matthew Rohrer: Nice Hat. Thanks. and Adventures While Preaching the Gospel of Beauty.

He is an editor at Wave Books and has translated numerous works of poetry and prose, including Poker by Tomaz Salamun, which was a finalist for the PEN America Poetry in Translation Award, and Five Meters of Poems by Carlos Oquendo de Amat. His co-translation of  Jorge Carrera Andrade’s Micrograms was featured on Gwarlingo in July of 2012.

Beckman is also the recipient of numerous other awards, including a NYFA fellowship and a Pushcart Prize. He lives in Seattle and New York.

Beckman will be teaching a poetry workshop at Literary Arts in Portland on November 10, 2013. He will also be appearing at the Lillian Vernon Writers House in New York City on December 5, 2013. Visit the Wave Books website for more information.

Gwarlingo Is Ad-Free Because of You!

Gwarlingo is member supported and relies on contributions from readers like yourself to remain ad-free. Thanks to all of the readers who have contributed to the Gwarlingo Membership Drive. Instead of selling out to advertisers, I’m “selling out” to my readers instead! 152+ Gwarlingo readers have contributed so far and $12,850 of the $15,000 goal has been raised. If you haven’t donated yet, you can check out my video and all of the member rewards, including some limited-edition artwork, here on the Gwarlingo site.

All poems © Joshua Beckman. All Rights Reserved. These poems appear in The Inside of an Apple  (Wave Books, 2013) and were reprinted with permission from the author and Wave Books.