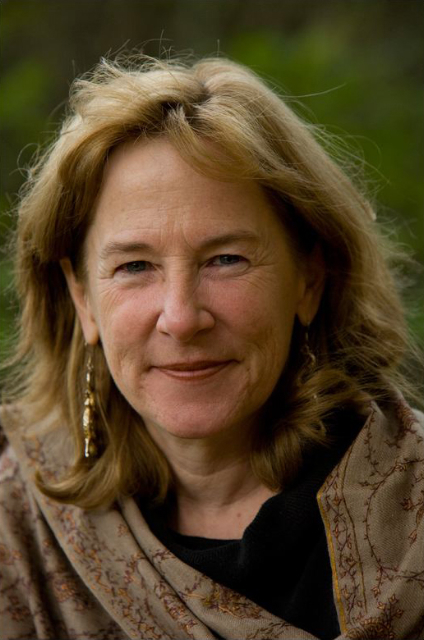 “I think I don’t really know who I am, or what I think, or what I believe unless I’m in the process of writing,” says poet Erica Funkhouser. “That’s where all of my discovery takes place, that’s where all of my confrontation takes place — I would say not just with my own interior life but with the exterior life, the rest of the world. I wouldn’t know what I thought, or who I was, or what I cared about, or what was going on in my imagination if I weren’t writing. That’s how I find out.”

As Funkhouser told Steven Rosenberg of the Boston Globe, doing chores and roaming the woods on a farm in Concord, Massachusetts shaped her love for words and nature as a child. “I thought that words were so much fun to move around and to play around and to invent, and I think I felt free to make up my own words when the right ones didn’t seem to be available. And I just liked the music of words, the kind of clang of them together and the sound and the playfulness of them. So that’s really how I started writing poetry.”

“Impossible,” published here for the first time, is a fine example of how Funkhouser combines astute observation with both empathy and quiet lyricism.

But it’s the poems “Swarf” and “Kerf” that really showcase Erica’s facility with language. “They’re part of a series that explores words of Anglo-Saxon origin,” Funkhouser told me this week via email, “a kind of exercise in approaching the world with a concreteness that breaks through in unexpected ways to metaphor, even abstraction. The mark of the maker on the hand-made object — you can almost see it in those ancient words for things and relationships which are no longer part of our lives. ‘Gwarlingo’ is a beautiful example, from a time when people noticed not just the sounding of the hour but also the wheezing intake of breath just before the hour was struck.” 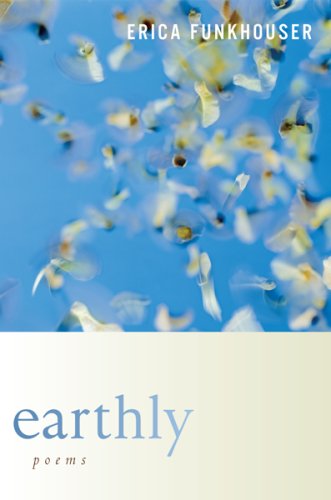 We so rarely think about the fluidity of language and its connection to time and place; it’s one of those things we typically take for granted. Ancient words like “swarf” and “kerf” that express “the mark of the maker on the hand-made object” have given way to new inventions of language, such as “cloud computing,” “gastropub,” and “sexting.”  As poet Derek Walcott once said, “To change your language, you must change your life.”* “Language” and “life” are inextricably linked.

“I think the way you get to be a good writer is to practice your craft with the magic combination of chutzpah and humility,” Funkhouser explained in the Boston Globe. “I mean, on the one hand, you have to be brave enough to try things, and on the other hand . . . you have to know when you fail . . . . I say this to my students all of the time: It takes just as much work to write something that is a failure as it takes to write something that is good.”

“You just might not know until the end of it that your idea wasn’t a good one and that it’s a failure, but you have to see it through.”

I watch my mother’s nearly century-old foot
search for the curb from the street.
No mammal has ever hunted as hungrily
as the rounded toe of this mouse-colored zip-up sneaker.
Is this it? Is it here?
When the second mouse is finally level with the first,
she taps the granite curbstone
with her cane. There.
We’re on our way to the hearing aid store.

Afterward, in a sandwich shop,
the young mother at the next table
asks the waitress for a few leaves
of spinach — her son would like to sample it
before he orders lunch.
My mother is of the “kids should eat what you put
in front of them” school, definitely of the
“kids don’t go out to lunch” school.
The disappearance of home life in this country
is her chief complaint after joint pain
and the thinness of the Red Sox bullpen.

Stone-faced as Buster Keaton,
she waits for her egg salad sandwich
and listens as the earnest woman coaxes her son
to say spinach in Spanish.
My mother doesn’t like the word espinaca.
She doesn’t like Spanish any more than she likes English.
She thinks the world is full of foolish mistakes
that must be faced with composure.

Like a character out of silent film,
she points to what she wants, puts her hat on
when it’s time to go.
In the face of adversity, she’s an acrobat,
one eyebrow lifted in perpetual surprise.
A building is about to fall down on her,
a train about to crush her,
and this is her expression: What next?
What will they think of next?

Years have been spent interpreting this gaze,
fighting over its significance, competing to discover
the secrets contained in her perfectly level lips.
Mouth like a line drawn straight through a word.
What are words but little corrections
of what needn’t have been spoken at all?
Spinach. Espinaca. What next?

She doesn’t laugh but she makes me laugh,
her deadpan disapproval thrilled with its new material.
She’s not going to tell it now, but she has one story.
When she was in high school, her father
drove her to Pittsburgh to watch Babe Ruth play.
There’s one other thing she might mention.
For this, if you are family,
she will offer up her shapely ankle,
where a dozen BB pellets have been lodged
for nine decades. “My own brother shot me,”
she’ll say as you marvel at the dark constellation
swirling beneath tissue-thin skin.
“A mistake, of course,” she’ll add.  Then a pause:
“One of many.”

If you have seen
the fine metallic filings
flying onto the fellow
who crimps copper
into flashing and fashions
pivot hinges from brass,
then you have seen it.
This is not the late
Bronze Age.
There are no palace
economies, only
the economy of one man
milling metal to earn
the flimsy dollars
that keep him fed.
When you knock on his door
he quiets the grindstone
raises his polycarbonate visor
and greets you swathed
in a swarm of gold —
not war gold or altar gold
but the metalsmith’s
hard-won residue:
swarf.

What disappears
when an eight-foot plank
is sawn in half, yielding
two less-than-four-foot boards,
a solid term for what’s lost
to the teeth of separation.
Neither sawdust nor error,
nor the labor of gremlins
waiting to wreak havoc
on perfectly accurate
measurements.
Kerf — you will know it
by its absence,
like divided attention.
Small consolation:
each board as it’s halved
releases both sides
of a single scent,
limewood for linden,
pine for pine. 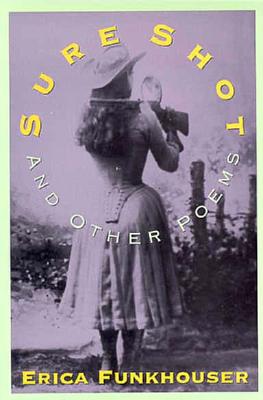 Included in Sure Shot are three dramatic monologues in the voices of 19th century American women: Sacagawea, Louisa May Alcott, and Annie Oakley.  The Oakley poem was adapted for the stage and produced by the Helicon Theatre Company in Los Angeles. Funkhouser’s work on Sacagawea led her to become involved with the production of Ken Burns’ PBS documentary on the Lewis and Clark Expedition, and her essay on Sacagawea appears in Ken Burns’ and Dayton Duncan’s Lewis and Clark (Knopf, 1997). “Singing in Dark Times,” an essay on war poetry, appeared in the Autumn 2005 issue of The Harvard Review, and a story, Snapper, appeared in The Massachusetts Review in 2006.

Funkhouser’s poems have appeared in The New Yorker, The Atlantic, Ploughshares, The Paris Review, Poetry  and other magazines; one of her poems has been sand-blasted into the wall of the Davis Square MBTA Station in Somerville, MA. Educated at Vassar College (BA) and Stanford University (MA), Funkhouser was honored as a Literary Light by The Boston Public Library in 2002 and in 2007 she received a Guggenheim Fellowship in Poetry.  She lives in Essex, Massachusetts, and teaches at MIT. 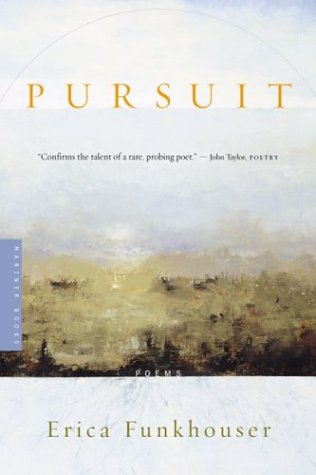 Stay up on the latest poetry, books, and art news by having Gwarlingo delivered to your email inbox. It’s easy and free! You can also follow Gwarlingo on Twitter and Facebook. You can browse all of the Gwarlingo Sunday Poets in the Sunday Poem Index.

“Impossible,” “Swarf,” and “Kerf” © Erica Funkhouser. All rights reserved. “Swarf” and “Kerf” were originally published in The Nation. This is the debut publication of  “Impossible.”  These poems were reprinted with permission from the author.

*A special thank you to Jennifer Bowen Hicks of the Minnesota Prison Writing Workshop for sharing this Derek Walcott quote with me this week and to Guy Turcotte for proofreading.