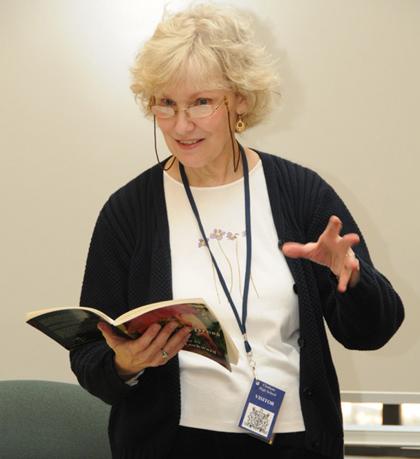 Diane Lockward’s latest collection of poetry, Temptation by Water, is a book of dualities. These closely observed poems, which are largely free verse, are both witty and fierce and explore themes like domesticity and sensuality, grief and humor, aging and reawakening.

As Marjorie Tesser writes in the Harvard Review, “the theme of this book, set out in the epigraph and title poem, is temptation. In the first poems, desire has led to disaster. In ‘Imploded,’ the heart is compared to a destroyed building, ‘Just the soft mushroom of dust and ash, / the quiet collapse inside.’ Soon, the sources of hurt and disappointment become apparent: a lover who proved more flash than substance, a beloved child whose addictions have caused pain, a parent who is aging.”

“There are many temptations in these pages,” writes Barbara Daniels, “including a too-expensive sexy red dress and disturbing, desirable men, one of whom is so dangerous he comes with a warning label: “all trans fats and palm oil,” “a four-hour erection,” “the Mickey Finn of obsessions” (“Side Effects”).

Much has been lost and broken in the world of these poems, including a family that cannot be mended despite a repair crew that comes in to sew a woman’s mouth shut and teach her son how to shoot, and most tellingly, the spouse or lover who leaves despite prayers for a miracle. Lockward forces readers to look when they might not want to—at terrifying dreams, poisoned starlings plummeting from the sky, and the rosy anus of a beloved infant, “the lilliputian donut hole, / the dark star puckered like a kiss” (“It Runs This Deep”). She gazes unblinkingly at the bleeding leg of a young raccoon, young neighbors passionately tangled in each other’s arms, and dying butterflies captured for a science project. If a kill jar and a pin through the thorax of a butterfly are necessary, so be it, Lockward implies.

Here are four of my favorite poems from Lockward’s collection.

Enjoy your Sunday and happy birthday to Diane, whose birthday is Wednesday, May 15th! 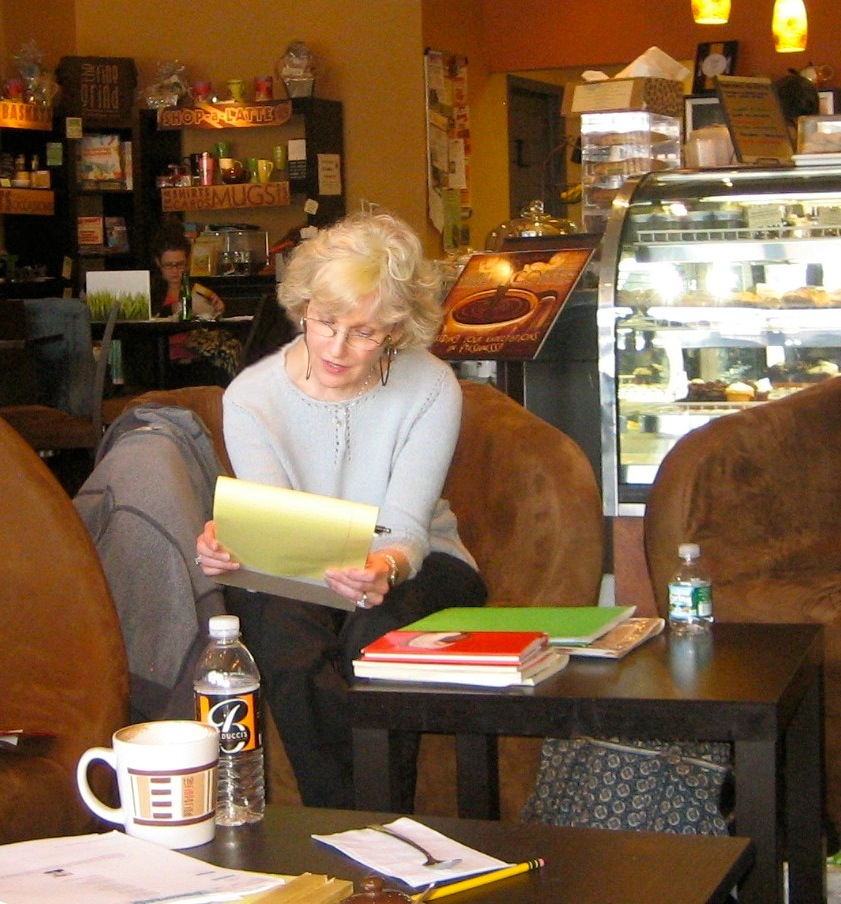 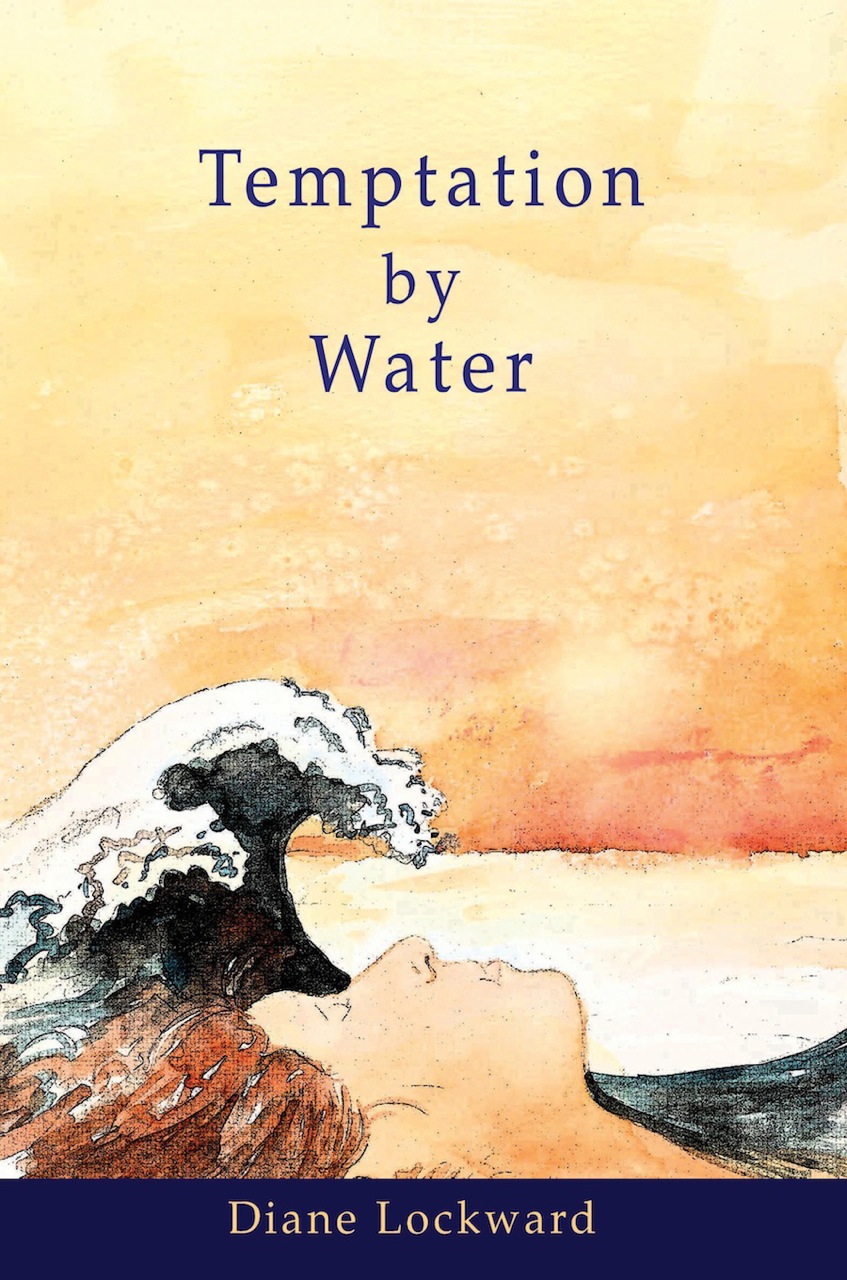 Today an abandoned power plant in Tampa.
Beautiful, really, the way the building fell in
on itself, enveloped in a plume of smoke,
bricks tumbling like disaster in slow motion.

Convergence of math and physics,
this fine art of blasting.

Not one person hurt by flying debris,
epitomic destruction of what’s not needed—

like the small building of the heart,
its pumping machine grown idle,
furnace snuffed, the years of vacancy.
Grief, a vagrant huddled in the corridor.
Brick edifice fragile as shells.

Comes the condemnation, the inrush of air,
the structural blowdown.

This is the way a heart melts.
No fire, no flames, no heat.
Just the soft mushroom of dust and ash,
the quiet collapse inside.

How Sarah Wins the Essay Contest

A significant prize is at stake,
but the topic’s complex: Chaos and Order
and How They Relate to Creativity.

She’s only 12 and knows nothing of chaos,
though her father has left with the woman
her grandmother calls that whore and her mother
can’t get out of bed for days at a time.

She has not created anything yet,
barely feels the little seeds inside,
the occasional blip blip of something
like an elevator rising and dropping,

does not know the coming chaos
of sweating, cramps, and blood, the schedule
off kilter, the skittishness of desire.

All she knows is what she’s been told—be logical,
orderly, systematic, begin at the beginning,
an Introduction with Attention Grabber,
maybe a dictionary definition:

Chaos: a condition in which chance is supreme;
inherent unpredictability; a state of utter confusion,
Order: an arrangement in sequence; a proper,
orderly, functioning condition; a state of peace,

and next the Body, each part bolstered
with details, like flesh added to bones.
But what to say? that once the house was full
and then it wasn’t? that something inside

the house had broken? that sometimes the house
was so quiet she couldn’t hear anything except
the low hum of breathing?

and after she’s done with the Body, a Conclusion
that pulls the parts together, extracts meaning,
and ends with a Clincher, something derived
from the soft shuffle of her mother’s feet.

. . . the sight of their savior in a potato has
reinvigorated their faith and their desire to help others.

She wants to believe in miracles—
Mary in a grilled cheese or Jesus in a potato
once intended for a picnic salad.

Her doubting spouse says those weren’t miracles.
If Jesus hid in a vegetable, it wouldn’t be a potato.
For a second coming, he’d pick something less solid.

She’s as likely to find saints or martyrs in marbles,
he adds. She skins, boils, and cubes potatoes,
and silently craves a man less stolid,

one who’d lift spirits, not simply pass the Miracle
Whip and karate-chop potatoes.
She remembers their salad

days, so raw and green it seemed a miracle,
and the Sunday joy of a thick potage,
the dressing on their salad,

and then the undressing, the miracle
of their uncanonized bodies, the piety
of two pairs of lips sealed,

St. Elmo’s Fire on the skin, as much a miracle
now as stigmata or Christ on a potato,
altered, anointed, and dumped in a salad.

She envies women the signs in their munchibles,
the St. Petersburg woman who saw Jesus in a potato
chip, crisp wafer preserved like a relic, but salted.

She needs no Michelangelos,
just a split bagel imprinted with a pietà,
served with flutes of wine, Salud! Salud!

She looks for the Virgin cradling Jesus on pretzels
and chicken breasts with the face of the Pope,
and she prays for vegetables maculate and soiled.

I ran in a field of wildflowers,
waving a butterfly net, three
yards of gauzy fabric stitched

to the looped rim of a hanger
stapled to a broom handle.
By summertime my father

had already left with his
beautiful mistress. Mother
stayed inside and loafed, said

she could not watch my tiny
murders. The field held lemon
lilies, daylilies aflame in orange

and red, buttercups, purple
clover, and wild roses with
thorns that cut my arms.

I caught a black swallowtail,
monarch, fritillary and mourning
cloak, a painted lady. I learned

how to sneak up on a butterfly,
its long tubular tongue uncoiled
inside a flower, and pinch the

folded wings between my thumb
and index finger. I dropped each
hostage onto a wad of Clorox-

soaked cotton inside the kill jar.
I observed the flutter of wings,
the wiggling thorax, and when

the wiggling stopped, I placed
the butterfly on a felt mounting
board. I stuck a straight pin

precisely into the center
of the thorax and eased
the wings apart. Broken

wings or missing antennae
would lose points. I prepared a
data label for each butterfly—name,

date of capture, location—then slid
the bodies inside a shadow box.
The pin-pricked fingers, wasp

stings, and blood on my arms
were what I paid for my first
A in science. All that summer

I ran like something wild and left
my multi-colored fingerprints
on everything I touched. 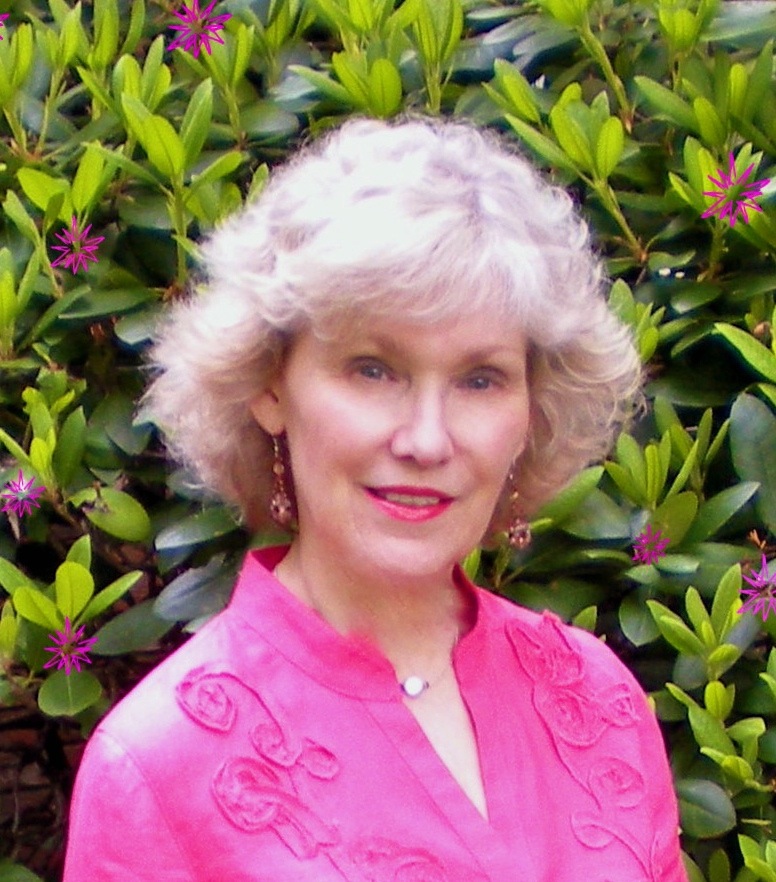 Diane Lockward is the author of three poetry books, most recently Temptation by Water. Her previous books are What Feeds Us, which received the 2006 Quentin R. Howard Poetry Prize, and Eve’s Red Dress. She is also the author of two chapbooks, Against Perfection and Greatest Hits: 1997-2010. A craft book, The Crafty Poet: A Portable Workshop, is forthcoming (Wind Publications, 2013). Her poems have been included in such anthologies as Poetry Daily: 360 Poems from the World’s Most Popular Poetry Website and Garrison Keillor’s Good Poems for Hard Times, and in such journals as Harvard Review, Spoon River Poetry Review, and Prairie Schooner. Her work has also been featured on Poetry Daily, Verse Daily, and The Writer’s Almanac. She is the recipient of a Poetry Fellowship from the New Jersey State Council on the Arts and the first place winner of the 2012 Naugatuck River Review’s poetry contest. 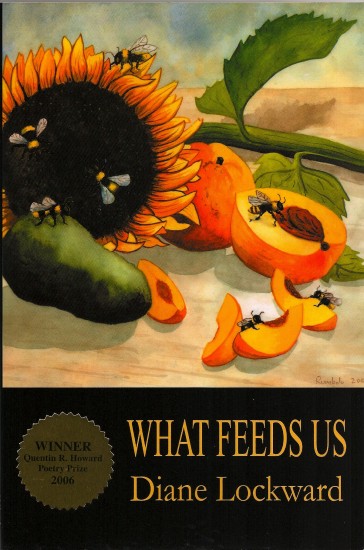 Thanks to all of the readers who have contributed to the Gwarlingo Membership Drive. Instead of selling out to advertisers, I’m “selling out” to my readers instead! 125+ Gwarlingo readers have contributed so far and $12,000 of the $15,000 goal has been raised. If you haven’t donated yet, you can check out my video and all of the member rewards, including some limited-edition artwork, here on the Gwarlingo site.

All poems © Diane Lockward. These poems appear in Temptation by Water (Wind Publications, 2010) and were reprinted with permission from the author. All Rights Reserved.