The Sunday Poem: Bridget Lowe’s At the Autopsy of Vaslav Nijinsky

The Sunday Poem: Bridget Lowe’s At the Autopsy of Vaslav Nijinsky 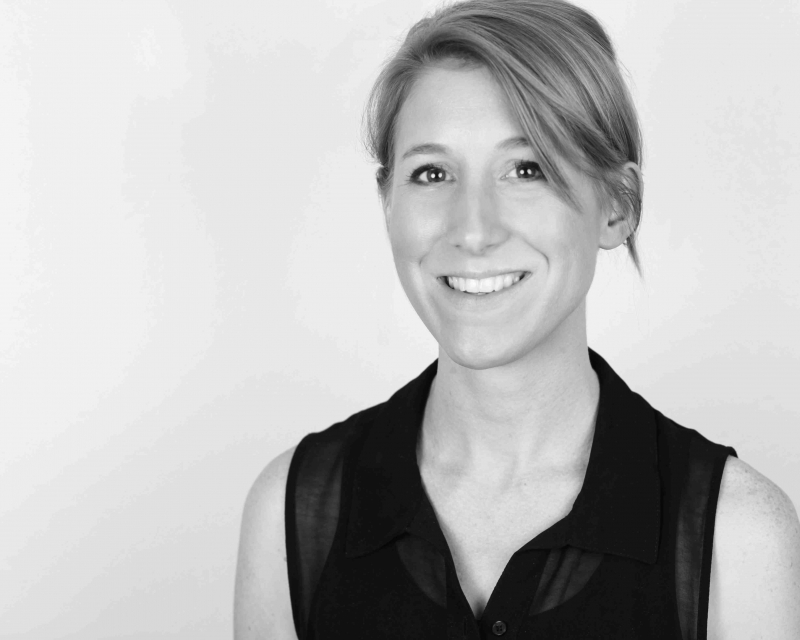 The publication of Bridget Lowe’s debut collection, At the Autopsy of Vaslav Nijinsky (Carnegie Mellon University Press, 2013), is a bit of a full-circle moment for Gwarlingo.

Bridget Lowe was one of the first Gwarlingo Sunday Poets, back in the early days when the Sunday Poem feature was limited to a single poem. Bridget’s “In My Study of Hysteria,” which is included in her new book, was a runaway success (for both Gwarlingo and poetry) and also my first hint that the audience for quality poetry might be bigger than suspected.

Lowe’s collection reminds me of why I decided to expand the Sunday Poem from a single poem to a single book (or group of poems by a single author). It’s only when reading a selection of poems by an author that we begin to get a sense of an author’s uniqueness—of his or her voice and preoccupations. 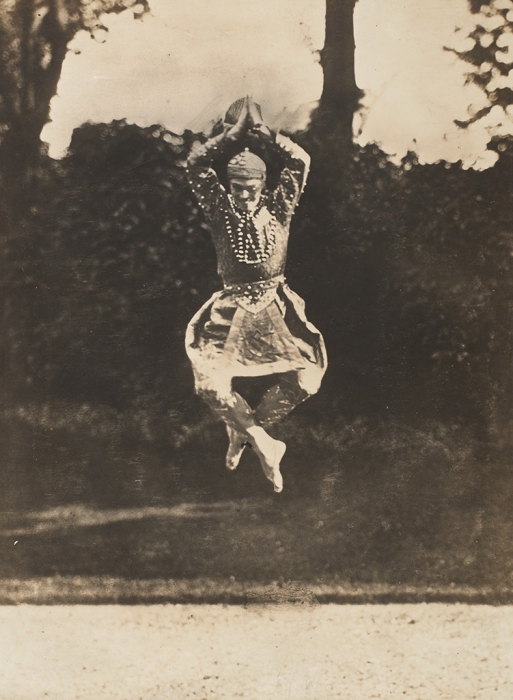 I’ve never encountered poetry quite like this. The uniqueness of Lowe’s voice is in full evidence when At the Autopsy of Vaslav Nijinsky is read as a whole. Like poet Caitlin Doyle (another hugely popular Gwarlingo poet), Lowe has the ability to create an alternate reality of sorts through language, whimsy, and pure inventiveness. Her use of personae in these poems, combined with her audaciousness and empathy, is highly original. Reading the poems of both Lowe and Doyle is like watching Cocteau’s black and white classic Beauty and the Beast, or in their darker moments, perhaps a film by the Brothers Quay. The experience is strange, haunting, and not entirely comfortable.

Lowe creates lyrics and elegies from material as disparate as science, history, and pop culture. The poems in At the Autopsy of Vaslav Nijinsky  feel simultaneously contemporary and very 19th century. It is partly the references to Isadora Duncan, Russian ballet dancer Vaslav Nijinksy, and the Wild Boy of Aveyrona (a feral child discovered in Saint-Sernin-sur-Rance, France in 1800), that recall a distant era. But it is also the moving self-portraits that envision the poet as a pilgrim on a journey and the tension between science and imagination that feel steeped in an another time.

But Lowe never allows us to grow too comfortable with time or place. She is always ready to insert the knife, and to give it a twist: “She could fashion a noose from a hair bow,” she writes in the poem “State Line.” “In Missouri, where she / lived before, a man once told her that kindness was for dogs, not / girls. Then: roll over.” As Bruce Smith writes, these “poems remind me of Verlaine’s maxim to take eloquence and wring its neck.”

This was the characteristic I found most absorbing (and most disturbing) when I first read “In My Study of Hysteria“—the juxtaposition of sexuality, sticky “pleather,” and images of Vertigo, Spellbound, and every suspenseful train-ride an Alfred Hitchcock character ever took, all conjured with the simple, perfectly chosen word: “Hitchcockian.”

Lowe has an acute awareness of both mind and body, and her poems question the limitations of both. As Herbert Leibowitz says, “her poems conduct a forensic inquiry into ways to heal the rifts between mind and body, the traumatic wars between our animal and spiritual selves.” (This is another reason Beauty and the Beast seems like the perfect touchstone.)

As Lowe’s publisher states, “whether depicting The Wild Boy of Aveyron’s introduction to high society (a failed formal dinner arranged by his doctor), Nijinsky’s autopsy (his feet are opened in search of a mechanism that would explain his genius), or the actress Sean Young’s turn as Isadora Duncan in a Russian ballet (she is adored), these poems want to know more, to see beneath the costume to the essence of the individual.”

I have five poems from At the Autopsy of Vaslav Nijinsky to share with you today.

Congratulations to Bridget Lowe for the publication of this mature and memorable debut collection. And thanks to you, the reader, for allowing the Sunday Poem series to evolve and flourish. 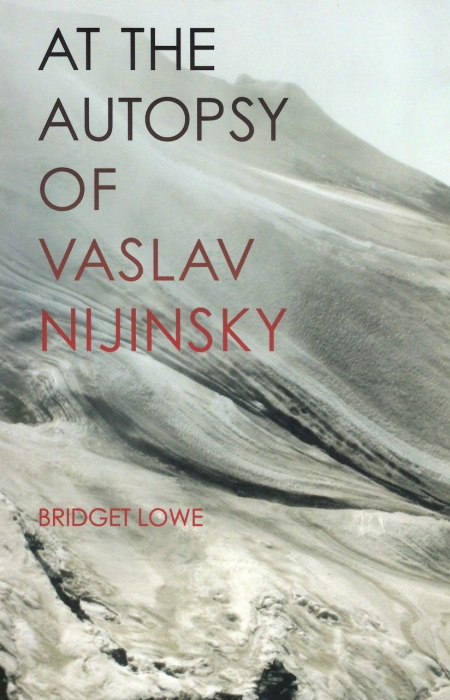 First Key Moments in the
Construction of the Master Narrative

Doing the doggy paddle to keep up.

Asking the voices over to your house.

Waiting on your front stoop with a plate of deviled eggs.

Loaning the voices money when they call again.

Handing over your first born gerbil.

Bobbing for an apple at a Halloween party.

Something repeatedly getting in the way of the apple.

You hold up the line and everyone hates you.

Someone asks, What are you anyway?

And you lie. You make something up.

Your green Arcadian hills do not interest me.
The bird-bright eyes of every bird cared for,
the way it is promised, the way it is written,
everyone fat on their share of sun and seed.

But I don’t see you in the dark streak of a cat
crossing the street or the regal skunk in summer’s heat
that strolls the sidewalk after dark, stopping to look at me
before moving on to its home under a neighbor’s porch,
pushing its black-white weight through the latticework.

I don’t see you in a head of lettuce, decapitated
and wet at the grocery store, singing in Orphic dissonance.
I look at your trees and see the night my mind rose up
and left the body’s bed, the skin of the moon
in your teeth.

I begged you to make the mule of my mind
come back. Do you remember what you said?
Nothing. And in the silence after that—
my head without my body, singing on the riverbed.

At the Autopsy of Vaslav Nijinsky

They sliced the soles of his feet
open, lengthwise then crosswise

to see if there was some trick,
an explanation

with his naked eye.
They pinned the flaps of skin

for a machine,
a motor and spring, the wheel

inside the bone, the reason
why.

He must have been playing
a trick on them

all this time,
the wool pulled tight

over the collective cyclopic eye,
flashbulb-bright—

he must have, he must
have lied.

But the foot was that
of a normal man

after all, after all that
and they sewed the foot together again.

Whatever You Thought Your Body to Be

Whatever you thought your body to be,
vessel for hubris, trapdoor to the soul,
sight for sore eyes or heavenly vision,
rack of flesh with nothing to offer at all.
A temple of the holy ghost, a ghost,
black hole for dogs to bury their bones.
The dog in heat who offers herself,
the offering itself or the heat alone.
Place for men to lay their heads and die,
plank of wood that leads to the sea.
Whatever you thought your body to be,
see it out walking, forgetting your name
and the presents you gave it for all its birthdays
and the ways that you loved it and didn’t.

How the Pilgrim Was Transformed

Not by a vision, not by a task.
Not by a voice from above.
Not by crying out.
Not by a horse riding fast.
Not by death or desire.
Not by the desire for death.
Not by getting slit from belly to throat.
Not by stealing the breath of an infant child as it sleeps.
Not by telling a loved one a dream.
Maybe by a vision.
Maybe by the completion of a very difficult task.
But what is the vision? What is the task?
All I know is this:
I thought love would save me.
No—I really thought that.
By grief, always by great grief. 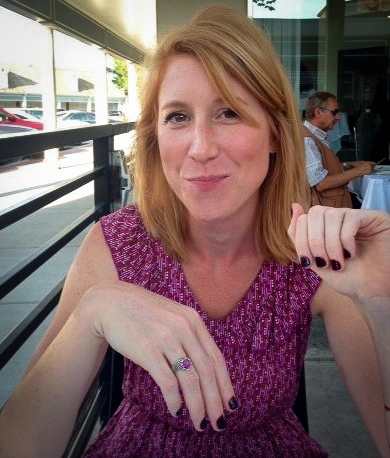 Bridget Lowe is the author of the book of poetry At the Autopsy of Vaslav Nijinsky (Carnegie Mellon University Press, 2013). Her poems have appeared in American Poetry Review, Ploughshares, Best American Poetry 2011, Boston Review, The New Republic, Parnassus, and Denver Quarterly, among other publications.

She is the recipient of a “Discovery”/Boston Review prize and fellowships to The MacDowell Colony and the Bread Loaf Writers’ Conference. She is a graduate of Syracuse University’s MFA Program, and currently lives in Kansas City, where she was born.

For more information about Bridget and her work, please visit her website.

Check out the Gwarlingo Store—a handpicked selection of books, movies, etc. of interest to writers, artists, teachers, art lovers, and other creative individuals. A portion of all your purchases made through the Gwarlingo Store portal, benefits Gwarlingo. Prefer to shop online from an independent? Visit the IndieBound Gwarlingo portal here.

All poems © Bridget Lowe. All Rights Reserved. These poems appear in At the Autopsy of Vaslav Nijinsky (Carnegie Mellon University Press, 2013) and were reprinted with permission from the author.