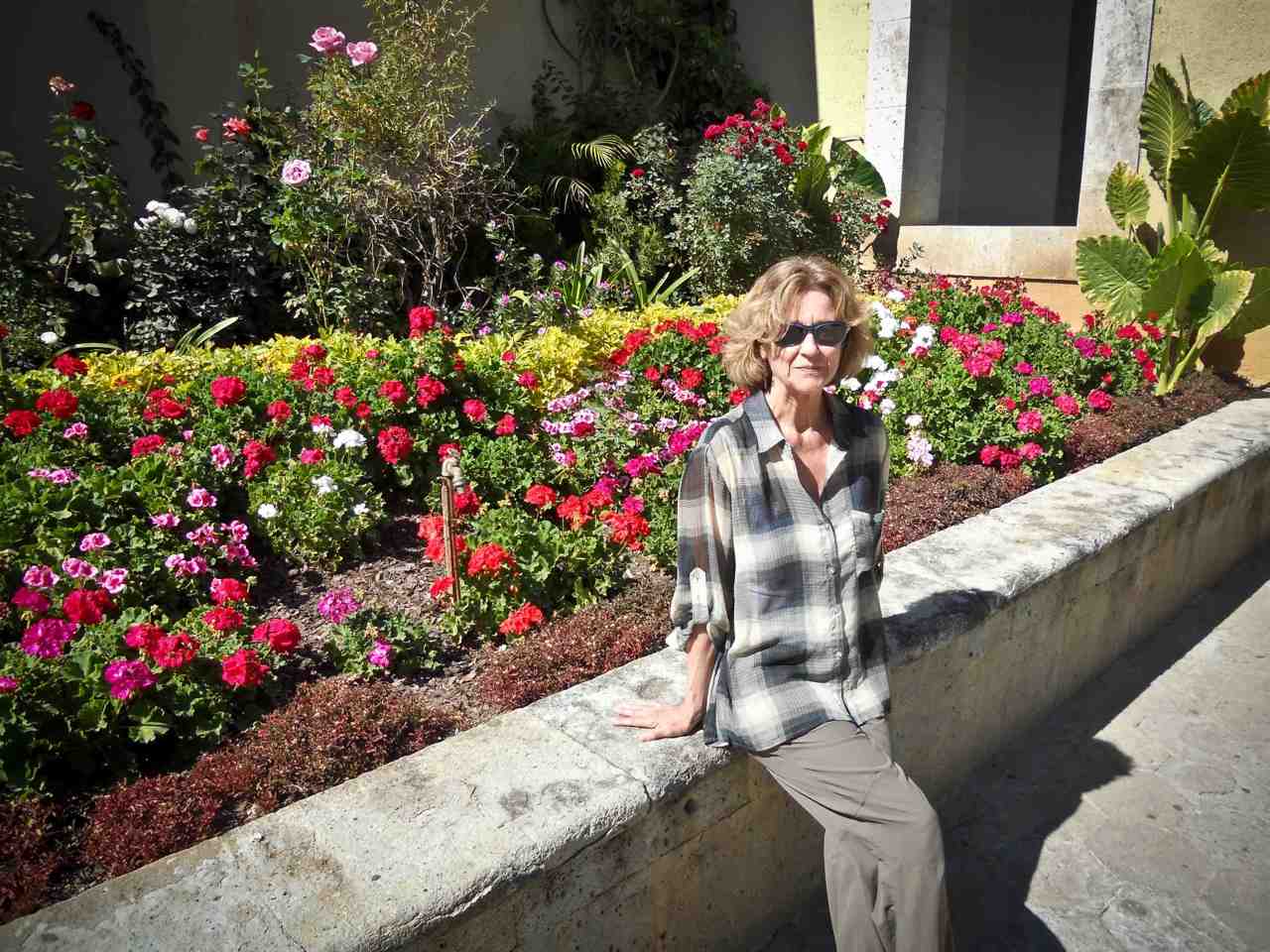 “A poet makes everything up, including one’s job description,” says Anne Valley-Fox. “My job: to retrieve rejected or edgy bits of inner material and put them together in ways that illuminate and provoke. My poems seek connections, complications, and small astonishments.” 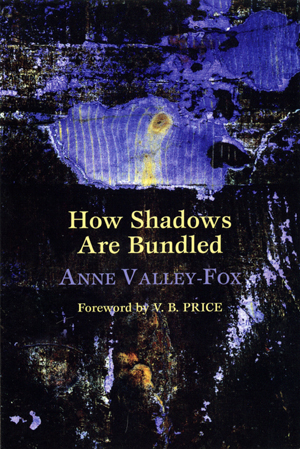 In her latest collection, How Shadows Are Bundled (University of New Mexico Press), Anne tackles topics as diverse as sexuality, aging, family, hurricanes, war, asteroids, and cancer. The 70+ poems in this volume also include explorations of the work of other artists, everyone from Charles Mingus, to Joyce Carol Oates, to Jean-Luc Godard.

The book’s title is a reference to Carl Jung’s “shadow”—the unknown ‘‘dark side’’ of our personality. As V.B. Price writes in the introduction, “W. H. Auden, as a poet of conscience aware of the shadow, once said that he reads a poem in two ways, first as a verbal object to be understood, and second as an expression of the kind of person the poet is.” These “poems reveal the person who created them to be someone with a hard eye and a deep kindness, someone who refuses to turn away from trouble and pain, an unflinching witness who sees the truth but never runs from delight when she finds it,” writes Price.

“At times I say to myself that the world has no use for so much contemporary poetry—titles lined up on shelves (and now cyberspace) like so many wallflowers waiting to be plucked,” explains Valley-Fox. “But excess of songbooks and songbirds is hardly our problem.”

I have three poems from How Shadows Are Bundled for today’s Sunday Poem feature, plus one new poem from Valley-Fox called “Losing Ground.”

If you’re in Santa Fe, New Mexico on October 10, 2013, you can hear Anne Valley-Fox read at the “Grateful Deeds” event, which will be held at 6:00 p.m. at the Collected Works Bookstore.

Things That Want to Be Counted

Someone on earth is counting—

rooms in a honeycomb,

bubbles rising up from a blue hole.

Those who are hungry get up in the dark.

Their job is to count

cups of milk, empty beds or racks of shoes,

newspapers in the dwindling stack,

how many fish in the bottom of the boat.

2
“Even the windshield
washer fluid is hot”—Cadillac
Escalade

3
Tiki Barber straddles
a bench, palming a football
like a leather breast

5
Pg 50: Contents
(Like driving without a map
clear to Iowa)

6
Pg 52: Letters
to the Editor (All things
desired, despised)

7
Beautiful Woman’s
joke: So many face-lifts her
pubic hair’s a goatee

10
Beautiful girl goes
on the record: “What I like
in a man is BALLS”

charged with negligent
homicide for failure
to evacuate

19
Father with woodcut—
son after Afghanistan
blown up in Iraq

It’s not an option to open your mouth & dump your edgy concerns
on cocktail party acquaintances.

Sensation of trickling down the slats of a turning wheel.

Will paralysis strike, with its stark intent to humiliate,
as the odd crisis occurs?

Your skull’s scraped, toothy look is frightening to others.

Saffron monks in charnel houses
drone the night away.

One can only contain so much, hold on for so long.

The burden, the swelling ache of it, compared to the bright gash
of losing others.

(For Elizabeth and Leo)

Not like a centipede straggling along
in one organized body,
angling for food,
a place to lay the legs—
but more like waves
breaking, the one broken
receding into
the one incoming.
Leo and Elizabeth eating breakfast
at a diner in Bullfrog, Utah:
“I wish the sea was not so far away.”
“Yes, too bad.”
Back in the car the one at the wheel
turns due west. 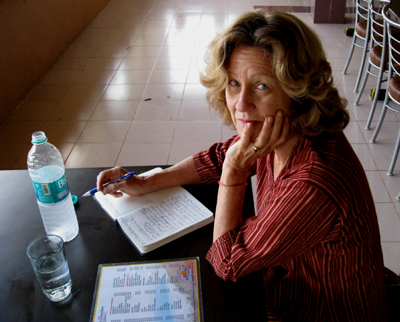 Born in Paterson, New Jersey, Anne Valley-Fox was raised in Santa Monica, California and schooled at University of California at Berkeley during the Free Speech Movement. There, she began writing poetry in classrooms with Josephine Miles and visiting poet James Tate; in her senior year she was awarded the Eisner Prize in Literature.

In anticipation of the publication of her first book in 1973 (Telling Your Story with Sam Keen, Doubleday), Anne Valley-Fox took her surname from a (dark) horse at Del Mar Race Track. Since moving from San Francisco to northern New Mexico in 1977, she has published four books of poetry: Sending the Body Out (Zephyr Press), Fish Drum 15 (Fish Drum Press), Point of No Return (La Alameda Press) and How Shadows Are Bundled (University of New Mexico). She is the co-editor, with Ann Lacy, of five books of oral histories culled from the archives of the New Mexico Federal Writers’ Project (Sunstone Press).

For more information about Anne Valley-Fox, please visit her website.

Gwarlingo Is Ad-Free Because of You!

Gwarlingo is member supported and relies on contributions from readers like yourself to remain ad-free. Thanks to all of the readers who have contributed to the Gwarlingo Membership Drive. Instead of selling out to advertisers, I’m “selling out” to my readers instead! 156+ Gwarlingo readers have contributed so far and $12,980 of the $15,000 goal has been raised. If you haven’t donated yet, you can check out my video and all of the member rewards, including some limited-edition artwork, here on the Gwarlingo site.


All poems © Anne Valley Fox. All Rights Reserved. Three of these poems appear in How Shadows Are Bundled (University of New Mexico Press, 2009) and were reprinted with permission from the author.
By Michelle Aldredge|2016-11-11T21:49:39-05:0010.05.13|The Sunday Poem, Words|Comments Off on The Sunday Poem: Anne Valley-Fox