Some say the air of
early winter moving through
windows. For some, black ships

coming towards the city
are the quietest sounds on earth.
But I say it is with whomever one loves.

And very easily proved:
when we are trying to think of
something to say to each other,

each remembering back
who said what, the ground
we’ve already covered,

you can hear all the money
lost earlier in the stock market,
even fresh water slipping
into salt water. 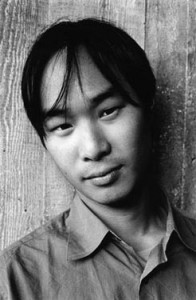 Tung-Hui Hu is the author of Mine (Ausable Press, 2007) and The Book of Motion (University of Georgia Press, 2003). His poems have appeared in The New Republic, Ploughshares, and AGNI. His third collection Greenhouses, Lighthouses, forthcoming from Copper Canyon Press in October, won the 2007 James D. Phelan Literary Award. Described by the San Francisco Foundation as a “provocative gesture towards cinematography,” the book is composed of a series of palinodes, a form that sings back or recants a previous error.

A native of San Francisco, Tung-Hui Hu has worked as a political consultant and computer scientist, and holds degrees from Princeton, Michigan, and UC Berkeley. He is Assistant Professor of English at the University of Michigan and a member of the Michigan Society of Fellows. His nonfiction piece, A History of Clouds in the Desert, examines the legacy of atomic blasts and electronic warfare in the empty spaces of the Nevada desert.

Speaking of Tung-Hui Hu’s poetry, Mark Doty said, “This fresh and unexpected poet extends the lyric into the social space without losing any of song’s intensity or mystery, so that these casually elegant, affecting poems feel as interior as they are worldly.”

For more information about Tung-Hui Hu, please visit his website. 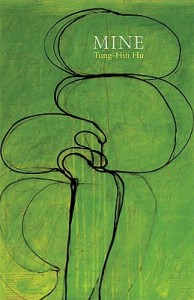 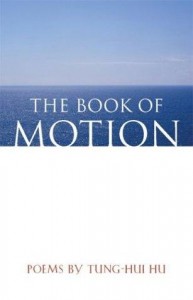 Check out the Gwarlingo Store for some of my favorite poetry books. Your purchases benefit this site.

“Early Winter, After Sappho” © Tung-Hui Hu and was reprinted with permission from the author.