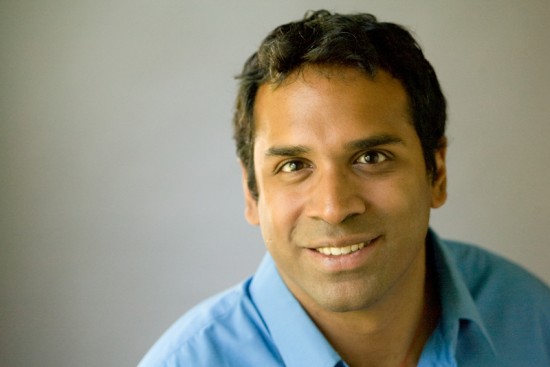 You wouldn’t take my bald father for a quirky man,
since his bearing is quintessentially Tamil-Brahmin,
a Tam-Bram for the uninitiated, with the firmest hand

when it comes to discipline or studies. He leers at ham
and beer alike. Believes what genes conspire within
him makes him purer than you. Not the sort of man

you’d ever imagine would in top hat willingly stand
in a Chinese restaurant smelling of wet dog and Ramen
to pull silk scarves from his mouth with his own hand,

yet there he was, amazingly, like Borat in Kazakhstan
but without the parody and much to my young chagrin,
playing the part of Magician, much more than mere man.

I was his caped and turbaned assistant who he’d demand
tap on boxes, say magical phrases, hide in a flour bin
he’d saw in half. If not a spectacle witnessed firsthand,

I wouldn’t believe it either. Soon as he’d pull out a cyan
hanky to mop his brow in the parking lot, his large grin
would fade to a frown. He’d warn me not to say “man”
or “dude.” When I resisted, he pulled me to car by hand.

On Why I Hate Bananas

Suppose we all have certain foods or odors, like turnips or white wine vinegar, that turn our stomachs but in most gastronomical matters, I strive to be a pluralist. When it comes to bananas though, I can make no exception. Just the sight of them, blotched with sarcoma like on an old man’s wattle or sliced into slimy half-moons that peek between flakes and milk, makes me avert my eyes. Obviously the Freudians among you will cite shape but it’s more than that. I have a distinct memory of the moment of unconcealment when as a child I opened my lunchbox and took out an overripe banana to bite into its flesh, only to discover the true nature of disgust. When I was in the Philippines, I was told the banana plant in folklore had grown from the severed arm of a thwarted lover, buried in the ground until it sprouted yellow fingers. Second year of college, bored and broke, we took to bending reality on the cheap, gagging down cough syrup for the dextramorphine and once smoking the skin scraped from inside a banana peel, a noxious fume that still fills my lung with urge to convulse. My father, it should be noted, considers the banana, the “perfect fruit,” because he has thrift and cleanliness issues and is glad to eat something that no one else’s hand has handled and that he can buy for less than a dollar a pound. The world’s most grown crop in output by weight and as fate would have it, India leads the world’s production, nearly doubling the output of Brazil, its next nearest competitor. There it’s used in halwas, blended in raitas, fried into vadas, eaten raw as plantains and prescribed as panacea for heartburn, nerves, ulcers, PMS and mosquito bites.  But it’s not just an Asian thing, oh no, the fruit has been the source of one of the great trade disputes between the US and Europe, a war waged in the 1990s over tariffs, free trade and the legacy of colonial history. Remember banana republics before they sold chinos? For every dollar spent on bananas at the supermarket, about a nickel goes to the plantations, which in turn is divided up even further before the migrant workers see a cent. Pumped full with pesticides and agrochemcials, grown on land specifically cleared by transnational fruit corporations, sucking the soil dry of nutrients by leaving no leaf litter, producing more waste and carbon dioxide emission than any other crop, once the banana tree has fruited, its crop picked over for aesthetic perfection, the plantation is abandoned to decompose into fiber and frond before it’s onto the next deforestation. Every five years or so, having been piled on incessantly by the bananaphiles and beginning to doubt myself what seems such an odd and irrational aversion, I will again try a piece of banana bread or a banana split heaped with fudge and ice cream and each time, I will gag, wondering how I could have forgotten. Potassium and B12 be damned! Dear friends, whether Cavendish or Manzana, fresh or dried, overripe or still green, the jaundiced phallus, King Banana, has ruled our palate for much too long. Let’s take a stand against these vile emanations. Leave them to rot in Lady Chiquita’s headdress and in the mouths of monkeys. Pray they point their cowardly fingers earthwards and yellow back into an arm.

Sailboat adrift in a river, no tide to speak of, fishermen

having pulled up their nets, packed away their poles.

On both sides, mirrors & because no one is there to see,

but here, in the presence of no one, a song lifts from water

in the shape of an envelope. A small, letter-sated song,

almost lullaby, serenading the boat that is surrounded

by mirrors, the fish beneath the boat slightly hanging back,

lacking ears to hear the song. A return-to-sender song,

stamped & spindled, out of date, handled by many hands

but not the right ones. The boat has no hands, just a sail

slack over windless water, waiting to be drowned or found.

Poet Ravi Shankar grew up in Virginia, earning a BA from the University of Virginia and an MFA from Columbia University. His collections of poetry include Instrumentality (2004), a finalist for the 2005 Connecticut Book Awards; the collaborative chapbook Wanton Textiles (2006), with Reb Livingston; Deepening Groove (2011), winner of the National Poetry Review Prize; Voluptuous Bristle, Seamless Matter, and Radha Says.

In reviewing Instrumentality, Djelloul Marbrook commented: “Shankar is that breed of formalist who refuses to disdain experimental verse. He has considered it and uses what he chooses of it, but it’s chemically absorbed into his love of symmetry and classical sensibility.” In Wanton Textiles, Livingston and Shankar exchange poems that reveal the tensions of a long-distance relationship through the patterns of contemporary communication, meditating on fashion, romance, and sexual longing.

Shankar has received numerous honors and awards for his work, including a Pushcart Prize and fellowships from the MacDowell Colony and the Connecticut Commission on the Arts. He is founding editor and executive of director of the online arts journal Drunken Boat, one of the oldest electronic arts journals on the web. With Tina Chang and Nathalie Handal he co-edited the anthology Language for a New Century: Contemporary Poetry from the Middle East, Asia, and Beyond (2008). 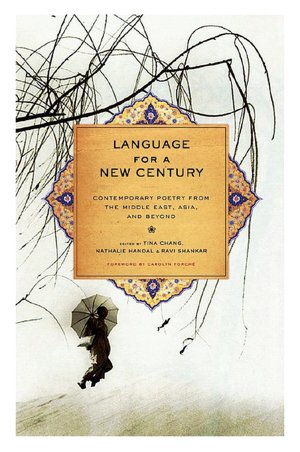 Chairman of the Connecticut Young Writers Trust, Shankar is associate professor at Central Connecticut State College and a faculty member of the first international MFA program at City University of Hong Kong.

Shankar lives in Connecticut and is the father of two girls, Samara Kathryn and Talia Parvathi Shankar. 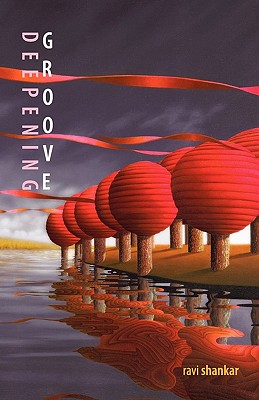 Looking for a great book to read? Check out the Gwarlingo Store–a hand-picked selection of some of my favorite books. All of your purchases directly support this site, and new books are added regularly.