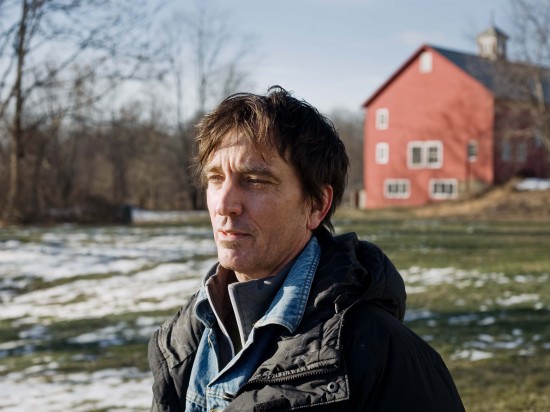 I’ve been a long-time admirer of the writer Nick Flynn. Unlike some writers who struggle to find their subject matter, Nick has had more than his fair share of life experience–the kind that can either eat a writer alive or supply a writer with an entire career’s worth of memorable material.

Nick has worked as a ship’s captain, an electrician, and as a case-worker with homeless adults. His parents divorced when he was young and his mother committed suicide when he was 22. He drifted through several jobs before starting work at a homeless shelter in Boston, where at age twenty-seven, he met his estranged, homeless father for the first time. 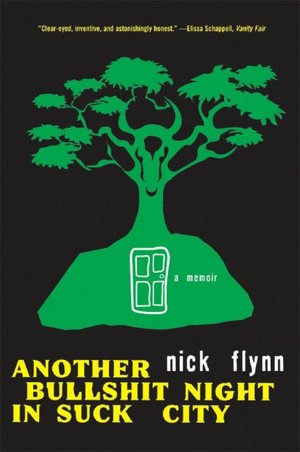 As a teenager, Nick had received letters from this stranger, a self-proclaimed poet and con man doing time in federal prison for bank robbery. Nick’s memoir, Another Bullshit Night in Suck City (a phrase Flynn senior used to describe his life on the streets) tells the story of two lives and the trajectory that led Nick and his father into that homeless shelter, onto those streets, and finally to each other.

The memoir has been adapted into a new film by Paul Weitz (About a Boy), with Flynn serving as an advisor and executive producer. Being Flynn stars Robert De Niro, Paul Dano, Julianne Moore, and Lili Taylor, who is married to Nick.

For today’s Sunday Poem, I thought I’d share one of my favorite works from Nick’s debut collection, Some Ether. When the book won the PEN/Joyce Osterweil Award, the judges said, “These poems establish their emotional authority through their very movement—their wayward, whispering music. At once reckless and demure, outrageous and delicate…”

Children under, say, ten, shouldn’t know
that the universe is ever-expanding,
inexorably pushing into the vacuum, galaxies

solar systems collapsing, all of it
acted out in silence. At ten we are still learning

the rules of cartoon animation,

that if a man draws a door on a rock
only he can pass through it.
Anyone else who tries

will crash into the rock. Ten-year-olds
should stick with burning houses, car wrecks,
ships going down — earthbound, tangible

where they can be heroes. You can run
back into a burning house, sinking ships

have lifeboats, the trucks will come
with their ladders, if you jump

you will be saved. A child

places her hand on the roof of a schoolbus,
& drives across a city of sand. She knows

the exact spot it will skid, at which point
the bridge will give, who will swim to safety
& who will be pulled under by sharks. She will learn

until he notices his mistake. 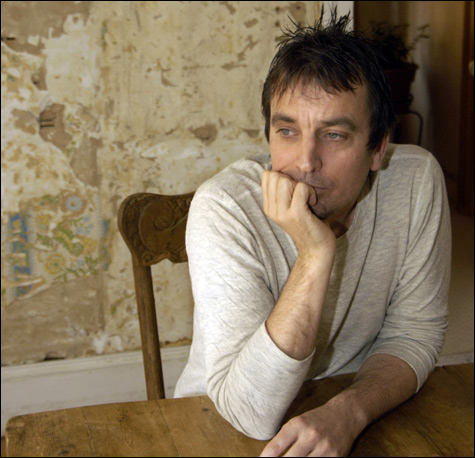 Poet and memoirist Nick Flynn was born in Scituate, Massachusetts, on Boston’s South Shore, in 1960. His debut poetry collection, Some Ether (2000), won the PEN/Joyce Osterweil Award. Most of the poems in Some Ether focus on Flynn’s tumultuous family life and include a detached yet affecting look at childhood and trauma. Having written about his family in both poetry and prose, Flynn has said, “The way I write I don’t see much distinction between the two, although prose seems more suited to daylight, and poetry to night. I try to cook both down to something essential—by the end hopefully some balance between mystery and clarity remains.”

Nick Flynn’s most recent book is The Captain Asks for a Show of Hands (2011), a collection of poems that are linked to his latest memoir, The Ticking is the Bomb (2010), which the Los Angeles Times calls a “disquieting masterpiece.”

His previous memoir, Another Bullshit Night in Suck City (2004), won the PEN/Martha Albrand Award, was shortlisted for France’s Prix Femina, and has been translated into fourteen languages. He is also the author of a play, Alice Invents a Little Game and Alice Always Wins (2008), as well as two other books of poetry, Some Ether (2000), and Blind Huber (2002), for which he received fellowships from, among other organizations, The Guggenheim Foundation, The MacDowell Colony, and The Library of Congress. 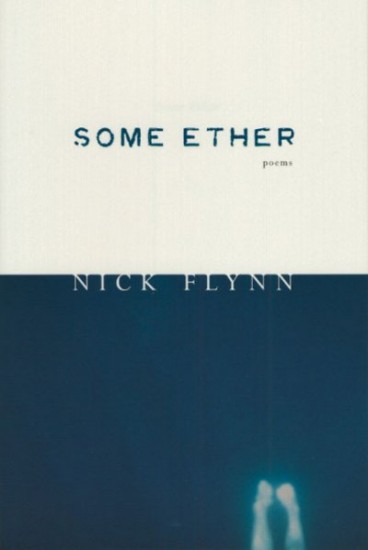 Some of the venues his poems, essays and non-fiction have appeared in include The New Yorker, The Paris Review, National Public Radio’s This American Life, and The New York Times Book Review. His film credits include artistic collaborator and “field poet” on the film Darwin’s Nightmare (nominated for an Academy Award for best feature documentary in 2006), as well as executive producer and artistic collaborator on Being Flynn, the film version of Another Bullshit Night in Suck City (from Focus Features, directed by Paul Weitz, starring Robert De Niro, Paul Dano, and Julianne Moore).

A professor in the creative writing program at the University of Houston, where he teaches each spring, he then spends the rest of the year in (or near) Brooklyn.

To learn more about Nick Flynn and his work, please visit his website. Being Flynn opened in theaters on March 2nd. To listen to a Fresh Air interview with Paul Weitz and Nick Flynn, click here.

Hit “play” below to hear Nick Flynn tell the story of his father on This America Life:

Support Gwarlingo by making a donation of any size. Gwarlingo takes countless hours of labor each month, and your help keeps the site going!