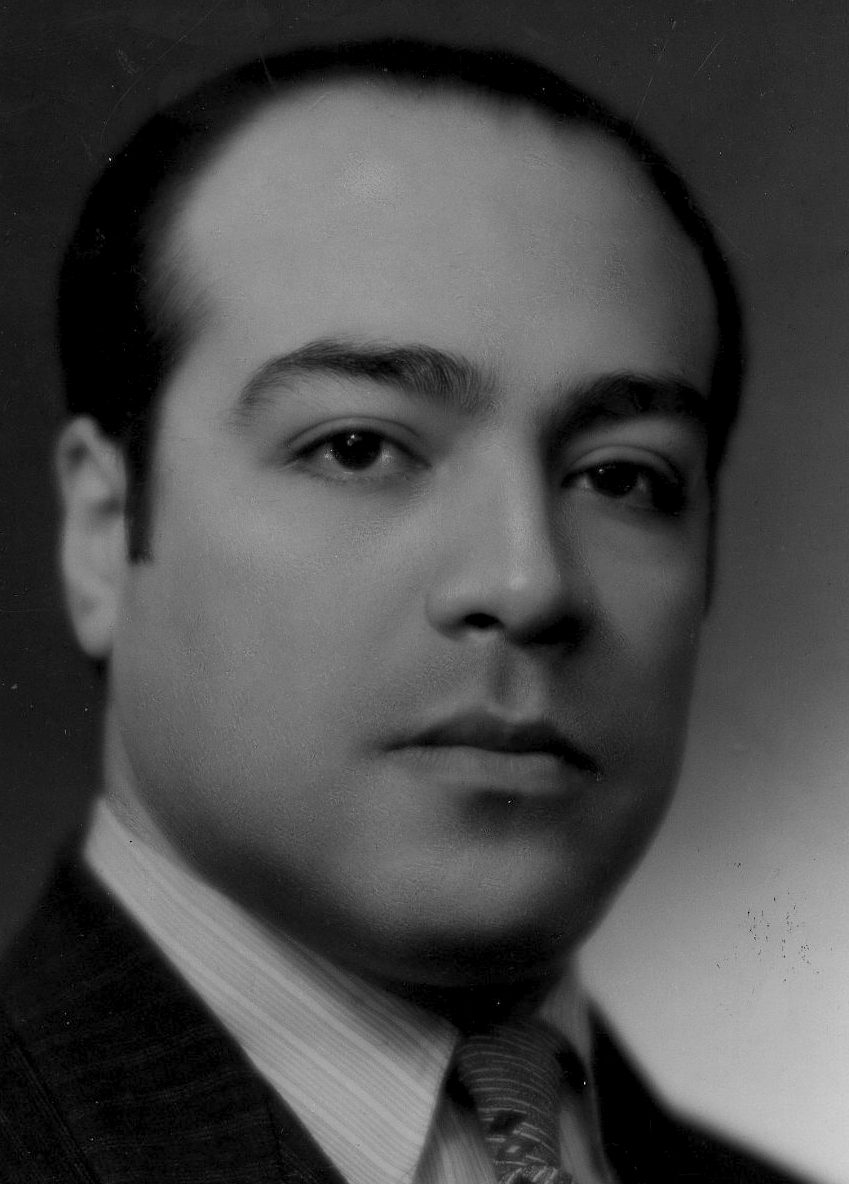 “The images of Jorge Carrera Andrade are so extraordinarily clear, so connected to the primitive I imagine I am…participating in a vision already lost to the world. It is a place melancholy but grand.”      — William Carlos Williams

Largely overlooked by American literary critics, Ecuadorian Jorge Carrera Andrade has long been considered one of the most important poets in Latin America. He began publishing poems in his teens, and his distinguished literary career spanned a wide range of work, from editing and translation to criticism and poetry, much of which was published internationally.

When Jorge Carrera Andrade was appointed Ecuadorian General Consul to the United States in 1940, he moved to San Francisco and quickly established friendships within the American literary community. He corresponded with a number of American writers including John Peale Bishop, Archibald MacLeish, Thomas Merton, Wallace Stevens, and William Carlos Williams.

Throughout his life, Andrade was a bridge between disparate worlds. As Steven Ford Brown details in Drunken Boat, during his childhood Andrade developed sympathetic relationships with the Indians who worked the land on his family’s country estate. His father’s views from the judicial bench — very liberal for this period in South America — were also sympathetic to the plight of the Indians. This empathy and impulse towards universal understanding would become an integral part of Andrade’s writing, as well as his work as ambassador to Japan, Peru, Nicaragua, the U.K., France, and other countries. 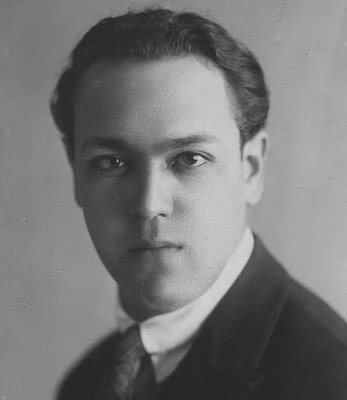 Joshua Beckman and Alejandro de Acosta have recently translated Andrade’s Micrograms into English and republished the book as it appeared in the original 1940 edition. Micrograms is part essay, part poetry, and part anthology. It’s entirely unique and also oddly postmodern in its structure.

As Beckman and de Acosta write in their introduction, for Andrade “the international was less about crossing boundaries and more about disregarding them in the name of the universal.”

[Andrade] writes, ‘I try to testify to an ordinary man’s orbit in time. At first he feels as a stranger in the midst of a changing world but later receives the visit of love and discovers deep within himself a feeling of solidarity with all men of the planet. In this sense I have traversed new countries in different latitudes and have returned to others already known, in a pilgrimage as passionate observer rather than as curious traveler.'”

It is from this ‘worldly’ perspective and influence that Andrade’s writing emerged, and maybe the most fascinating of these works is his Micrograms.

What exactly is a microgram? Here is Beckman and de Acosta…

“The microgram is a poem usually between three to six lines long and about little natural creatures (both flora and fauna) and their existence in the universe…While formally unique, it presents its newness with the gentleness and grace of a conversation on a shared idea. Using the most subjective of personal histories (few were as international)… [Andrade] sees and calls for an objectivity—a generous objectivity of the individual eye.” 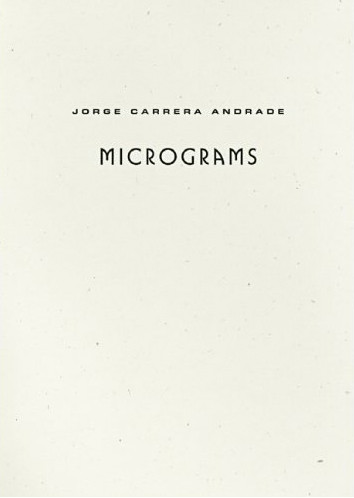 Andrade saw hidden potential in poetic short forms that many contemporary American poets have not. The author’s thoughts on Pierre Reverdy’s writing is also the perfect description of Andrade’s own work.

“[Reverdy] does not sing agonizing mythologies, nor does he dress up in mystical robes: his voice is that pure and simple poetry that escapes the ordinary—and also mysterious—life of men…Reverdy’s technique is personal, and his greatest secret lies in the stripping away of all decoration: the cult of naked and simple expression.”

For today’s Sunday Poem, I’ve chosen five of my favorite micrograms by Jorge Carrera Andrade. If you’re intrigued by these poems, I encourage you to pick up a copy of Joshua Beckman and Alejandro de Acosta’s translation ofMicrograms from Wave Books. I’ve never read anything quite like these poems before, and Beckman and de Acosta have given us a marvelous introduction to Andrade’s work.

Every morning
in the rooster’s beak
each kernel becomes
a cob of song.

Two-top clam:
your calcium coffer
keeps the manuscript
of some shipwreck.

What the Snail Is

Snail:
tiny measuring tape
with which God measures the field.

Definition of a Seagull 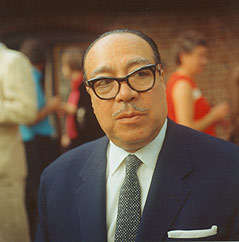 Jorge Carrera Andrade (1902-1978) has been recognized in Latin America as one of the most important poets of the twentieth century. He was born in Quito, Ecuador, and was a diplomat as well as a poet, essayist and journalist, and he encountered many literary communities as he served appointments in Peru, France, Japan, and the United States. The originality of Carrera Andrade’s poetics is rooted in his experiences abroad as well as in the rich culture and natural landscapes of Ecuador. His distinguished literary career comprises a wide range of work, including editing, translation, criticism, and poetry.

He is a poet who remains difficult to categorize, though scholars and critics have drawn comparisons between his poetics and American imagism, Spanish ultraism, the Latin American Indigenous school, and the Japanese haiku form. William Carlos Williams described Carrera Andrade’s images as “so extraordinarily clear, so connected to the primitive I imagine I am … participating in a vision already lost to the world.” 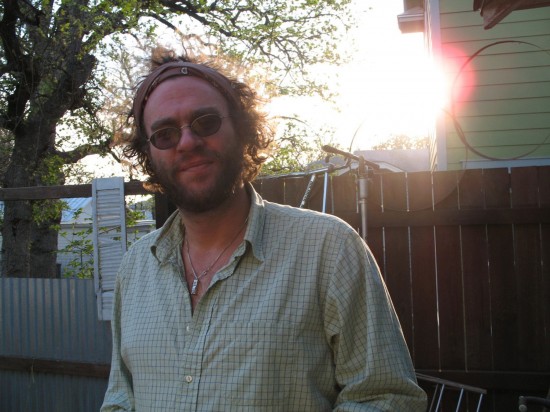 Joshua Beckman was born in New Haven, Connecticut. He is the author of nine books, including Take It, Shake, Your Time Has Come, and two collaborations with Matthew Rohrer: Nice Hat. Thanks. and Adventures While Preaching the Gospel of Beauty. He is an editor at Wave Books and has translated numerous works of poetry and prose, including Micrograms, by Jorge Carrera Andrade, 5 Meters of Poems (Ugly Duckling Presse, 2010) by Carlos Oquendo de Amat and Poker (Ugly Duckling Presse, 2008) by Tomaž Šalamun, which was a finalist for the PEN America Poetry in Translation Award. He is also the recipient of numerous other awards, including a NYFA fellowship and a Pushcart Prize. He lives in Seattle and New York.

In his introduction to Things Are Happening, poet Gerald Stern noted the “openness” of Beckman’s poems: “His identity is through affection. That is his print.” In a review for Coldfront magazine, John Deming commented: “Beckman’s traditionally a master at converting the personal to the existential in a deceptively plain-spoken way.” 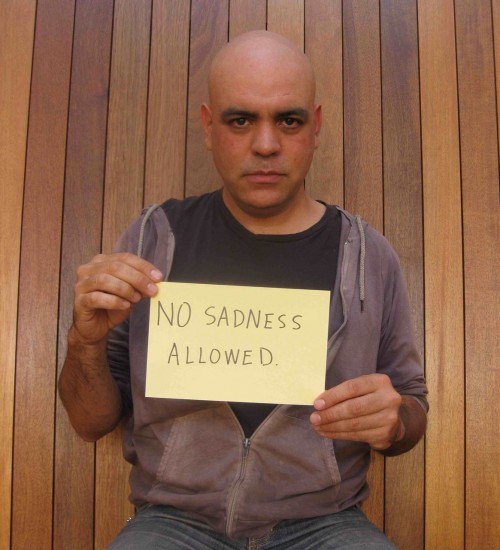 Alejandro de Acosta attended Hampshire College and received his Ph.D. in Philosophy, Interpretation, and Culture from SUNY-Binghamton. Recent publications include Micrograms, by Jorge Carrera Andrade, a translation of Carlos Oquendo de Amat’s Five Meters of Poems, and numerous contributions to anarchist anthologies and websites. He currently lives in Austin, Texas.

“Kernel of Corn,” “Oyster,” “What the Snail Is,” “Typewriting,” and “Definition of a Seagull” appear in Micrograms by Jorge Carrera Andrade, translated by Joshua Beckman and Alejandro de Acosta Copyright © 2011. Used by permission of Wave Books. All rights reserved. Biographies are also courtesy Wave Books.