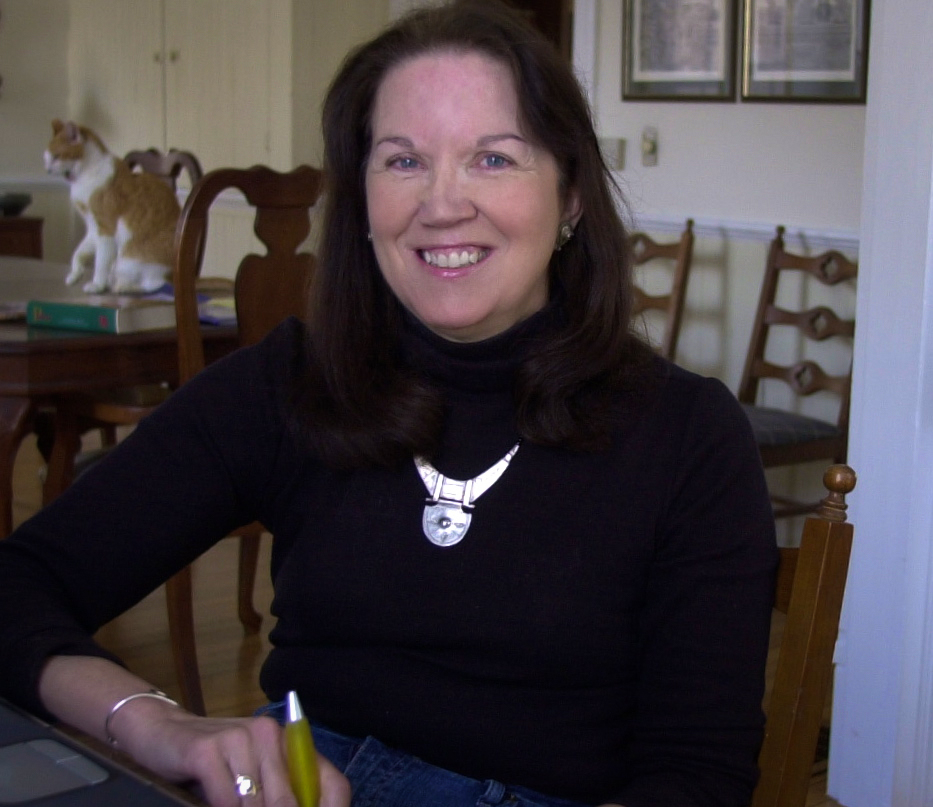 Today’s Sunday Poem is a special excerpt from poet Joan Murray’s project The Visitor: Poems from the Eastman House. The last time I saw Joan she was working on this series of poems at The MacDowell Colony. I asked Joan to tell us more about this project, which was inspired by photographs in the collection at the George Eastman House, the world’s oldest photography museum…

A few years back I was invited by the director of the Eastman House to collaborate on a project. He was aware of a few poems I’d written in response to works in the collection, and he offered to co-publish a book of my poems with the photographic images that inspired them. However, I was unable to find my way into the project—until last autumn when “voices began speaking” from the photos.

I was drawn to certain images because of the social or political ideas they stirred in me, and to others by the historic events or personal recollections they evoked for me, or by the opportunities they gave me for creative expression. Some poems touched on issues such as capital punishment, segregation, class disparity, gender attitudes, immigration, disability-institutionalization, and events such as the Depression and the Vietnam War.

All the poems are first-person, persona poems. In creating them, I’ve chosen an individual voice and pursued a particular narrative line—often an unexpected one—to make a point and create an effect. While inspired by the works of photographers, these are poems of my own perspective and concerns.

Most of the poems I’ve written so far were inspired by photographers working from 1900 to 1970. To complete my project, I’ll engage with more recent photographers, in particular women and minority photographers.

I kind of see this body of work as a social documentary of the 20th Century in verse.

I’ve selected two poems from Joan’s series to share with you today, along with the original photographs that inspired each piece. I’ll be eager to see the final publication when it comes out. 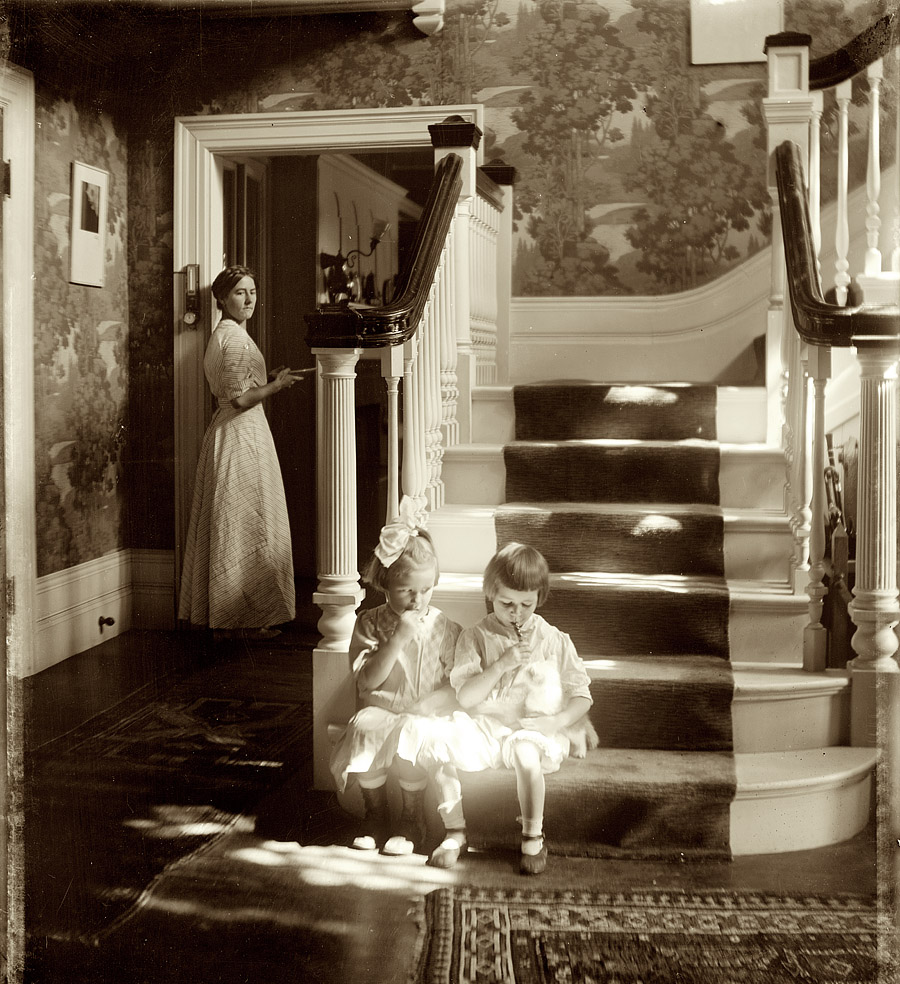 (after Lollipops, 1910, by Gertrude Käserbier)

I wonder if Mother knows her other father went to jail.
I wonder if Mother knows her mother got another—
she used to watch him run upstairs to punch
her mother in the nose. Sometimes she punches me
and tries to make me cry. But I don’t mind—she’s
less fortunate than I. And I love to hear the stories that she tells—
about the rats  in the alley, and her uncle who went crazy,
and her sister who’s a drunk, and her brother who’s a lady,
and the neighbor boy who pulled her bloomers
down in front of all her friends—but she’s my friend now.
She comes here every day, and Mother always gives us
lollies. I let her take the cherry—the one
we both like best—I take the yellow one that’s sour,
or the green one that’s the worst.

Now she’s crowding me into the banister
because she asked for my brand new bow—
I said I’d give it to her later—I always do—but she wants it now
so she can wear it to the gardener’s house for supper.
I hope she’ll invite me there someday. That way
I can see my teddy bear, and the locket father
gave me for my birthday, and the book I got from Mother
about a girl who has my name—she took my crayons
and crossed it out on every page, then made me
write her name—since she doesn’t know how.
She just asked me for my kitten. I pretended not to hear,
I pray she won’t ask me again. In fact I pray for her
each night since she’s less fortunate than I—I pray
that God will let her go and live with her mother. 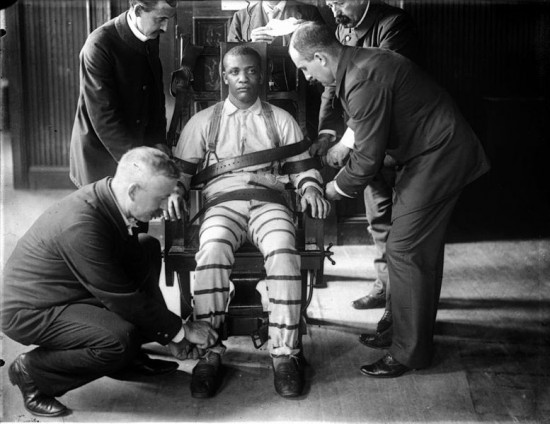 Getting Ready for the End

Strap yourselves in, America. Buckle down.
It’s a new millennium, so sit up tall, eyes on the ball,
it’s the American Century after all—and science
is on your side. See the wonders of electricity. Just look
at me, wouldn’t you describe this as “quality of life”?
Wouldn’t you say this is the apex of progress?
—it’s so much more refined than the hangman’s noose!
So keep looking ahead, and hang on tight,
you’re on the Twentieth Century rollercoaster ride
with modern technology and ingenious ways to die.

But what you’re looking at now might not seem so exciting—
it’s a familiar arrangement—like a crucifixion scene:
one man about to die, two thieves waiting on either side,
the coroner and warden, who’ve come to take my life.
And behind me are the witnesses to make sure it’s copasetic—
everything nice and tight, and well connected.
Why risk a spark that might ignite somebody’s shoes?
Those natty two in front must have stopped
at the shoe-shine on their way, “Here you go, boy,
keep the change. It’s a big day—it’s a funeral.”

As for me, I’m in my clown pants and beat-up slippers,
but as you see from my shoulders, I’ve done some
heavy labor in my day. And today I’ll get some rest.
So pardon me if I just sit here, serene and dignified,
with one man kneeling at my feet, another
bowing from the waist, and the others
like the Wise Men, leaning in to catch the miracle.
They’ll soon pronounce me dead—and announce
this “blessing” for humanity. This is “humane” you see,
it’s a new tomorrow. But by then I’ll be someplace else. 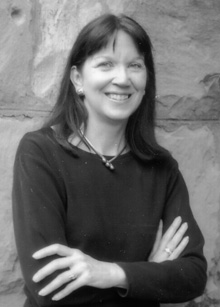 Joan Murray is a poet, as well as a fiction writer, playwright, and essayist. Her poetry volumes include: Dancing on the Edge (Beacon Press); Looking for the Parade (W. W. Norton), which won the National Poetry Series Open Competition chosen by Robert Bly; Queen of the Mist (Beacon), for which she received a Broadway commission; and The Same Water, which won the Wesleyan New Poets Series Competition.

Her poems have also been in The Atlantic Monthly, Harper’s, Ms., The Nation, The New York Times, The Paris Review, The Pushcart Prize, and The Best American Poetry. She has been Poet in Residence at the New York State Writers Institute and a repeat guest on NPR’s Morning Edition, and is the editor of the Poems to Live By anthologies from Beacon and The Pushcart Book of Poetry: Best Poems from Thirty Years of the Pushcart Prize. The winner of two National Endowment for the Arts Poetry Fellowships, (the most recent in 2011), she lives in Old Chatham, New York.

“Working in free verse, Murray is a master of the single, unforgettable detail,” writes the Poetry Foundation. “Her accessible, image-driven narratives harness the urgency of their moral or social context while staying true to the pacing and music of daily life.”

For more information about Joan Murray and her work, please visit her website. 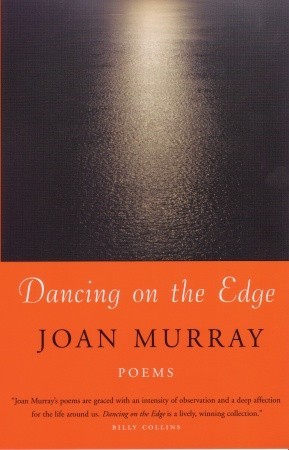 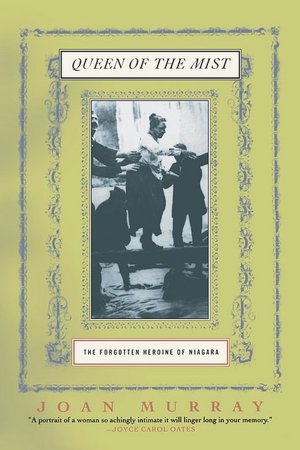 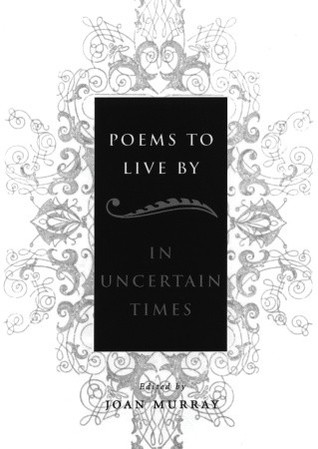 Don’t miss the next Gwarlingo feature. Stay up on the latest art news by having Gwarlingo delivered to your email inbox. It’s easy and free! You can also follow Gwarlingo on Twitter and Facebook.