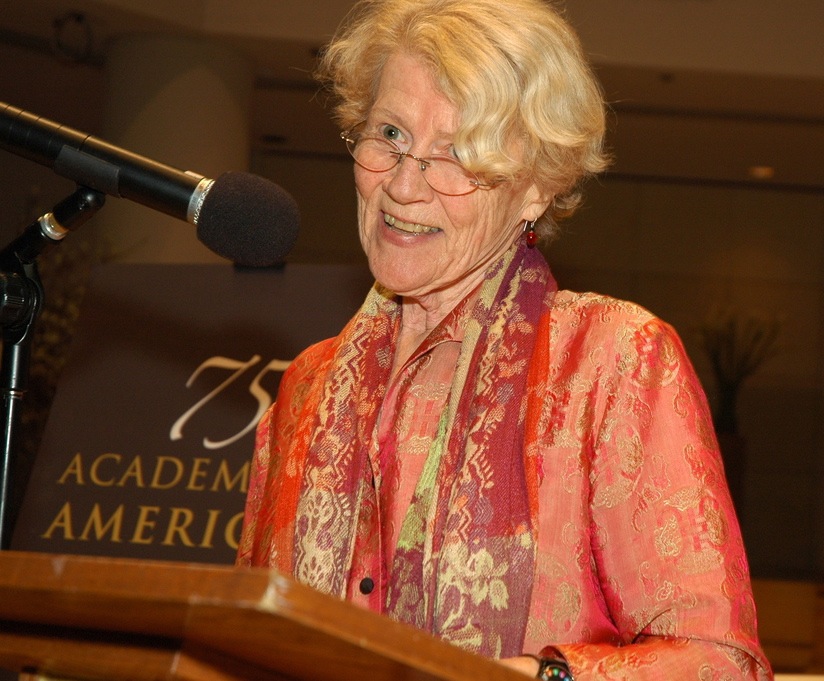 No one has captured the essence of Jean Valentine’s poetry as eloquently as the late writer Adrienne Rich:

“Looking into a Jean Valentine poem is like looking into a lake: you can see your own outline, and the shapes of the upper world, reflected among rocks, underwater life, glint of lost bottles, drifted leaves. The known and familiar become one with the mysterious and half-wild, at the place where consciousness and the subliminal meet. This is a poetry of the highest order, because it lets us into spaces and meanings we couldn’t approach in any other way.”

Door in the Mountain: New and Collected Poems 1965 – 2003  is one of the few poetry collections I keep close at hand by the bedside. You can open Valentine’s book to practically any page and find brave, urgent, personal poems that somehow manage to be both emotional and unsentimental (not an easy task).

When Jean called to tell me that her brand new chapbook

[The ship] was about to be published by Red Glass Books, I jumped at the chance to share her latest work with Gwarlingo readers. In addition to being a well-respected teacher and mentor, Valentine is the winner of the National Book Award for poetry, the Guggenheim, several NEA fellowships, and was a recent finalist for the Pulitzer Prize. I can think of no better way to kick-off a Sunday morning… 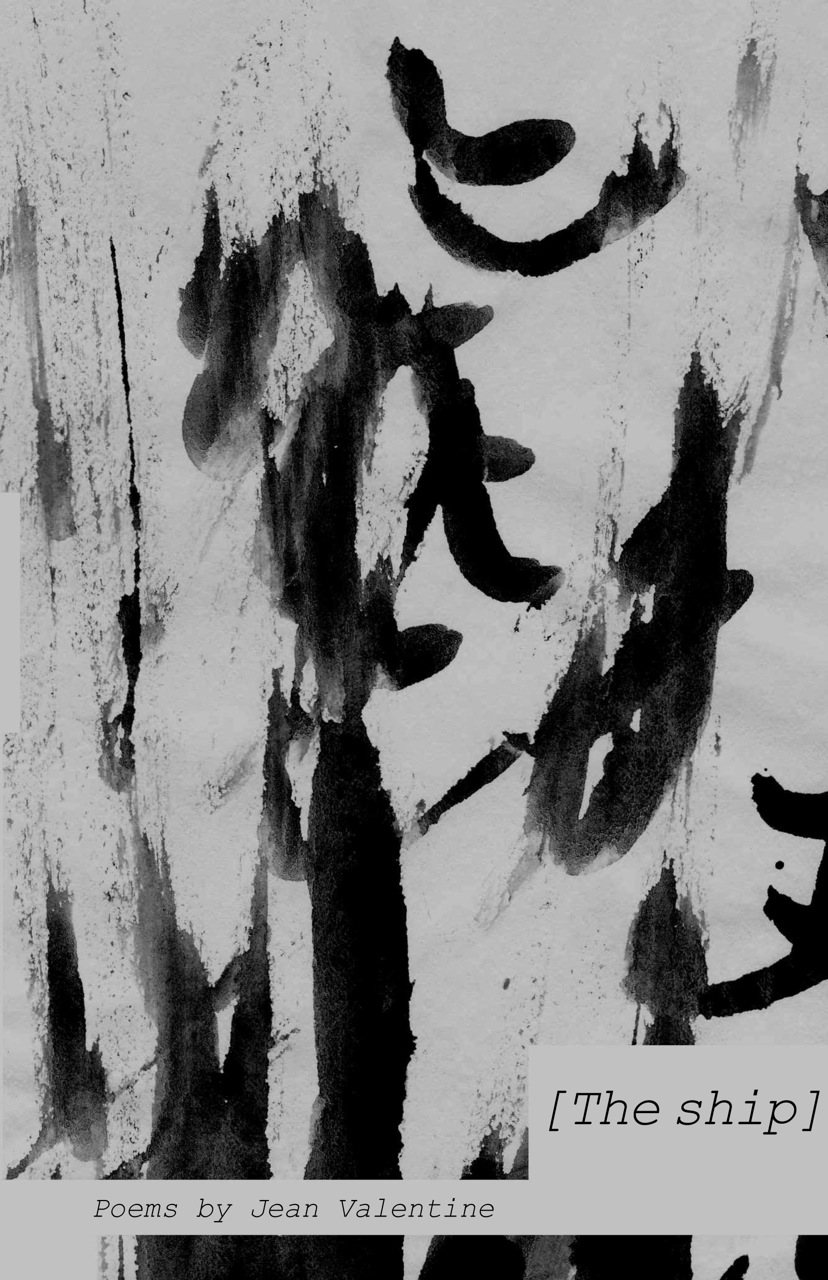 Come upon a snapshot
of secret you, smiling like FDR, leaning on your crutches—

“I suppose you’ve got a place with lots of stairs.“

“I’m at the end of something, you’re at the beginning.”

I’d be rich, I’d get you an elevator:
a rare old smoky wood one.

I was at the beginning, so I was the oldest:
a looking-away cage that opens at your touch.

—dearest, they told me a surgeon sat down
in the hospital morgue, next to your body, & cried.
He yelled at the aide to get out.

His two sons had been your students.
—me too, little-knowing—

Great captivities tap
in our sleep.

A leaf, a shadow-hand
blows over my head
from outside time
now & then
this time of year, September,

—this happens—
—it’s well known—
a soul locked away inside
not knowing anyone,
walking around, but inside:

I was like this once,
and you, whose shadow-hand
(kindness) just now blew over my head, again,
you said, “Don’t ever think you’re a monster.” 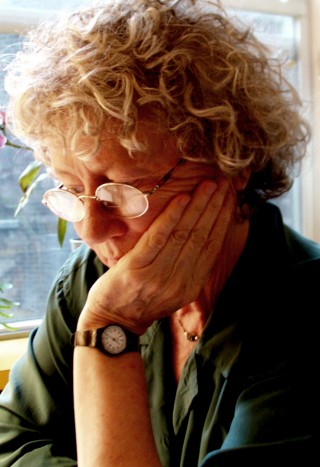 Jean Valentine was born in Chicago, earned her B.A. from Radcliffe College, and has lived most of her life in New York City. She won the Yale Younger Poets Award for her first book, Dream Barker, in 1965. Her eleventh book of poetry, Break the Glass (2010) from Copper Canyon Press, was a finalist for the Pulitzer Prize in poetry. Door in the Mountain: New and Collected Poems 1965 – 2003 was the winner of the 2004 National Book Award for Poetry. Her latest chapbook, [The ship] from Red Glass Books includes the three poems published here.

Valentine was the State Poet of New York for two years, starting in the spring of 2008. She received the 2009 Wallace Stevens Award from the Academy of American Poets, a $100,000 prize which recognizes outstanding and proven mastery in the art of poetry. Valentine has received a Guggenheim Fellowship and awards from the NEA, The Bunting Institute, The Rockefeller Foundation, The New York Council for the Arts, and The New York Foundation for the Arts, as well as the Maurice English Prize, the Teasdale Poetry Prize, and The Poetry Society of America’s Shelley Memorial Prize in 2000. She has also been awarded residencies at The MacDowell Colony, Yaddo, Ucross, and the Lannan Foundation. 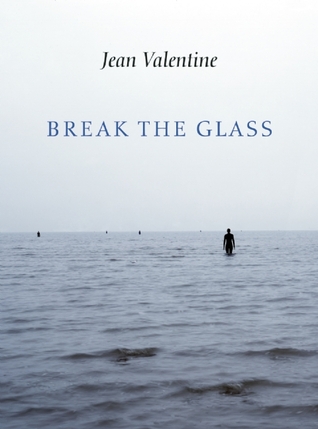 Her lyric poems delve into dream lives with glimpses of the personal and political. In the New York Times Book Review, David Kalstone said of her work, “Valentine has a gift for tough strangeness, but also a dreamlike syntax and manner of arranging the lines of . . . short poems so as to draw us into the doubleness and fluency of feelings.” In a 2002 interview with Eve Grubin, Valentine commented about her work, “I am going towards the spiritual rather than away from it.” In addition to writing her own poems, she has translated work by the Russian poet Osip Mandelstam and Marina Tsvetaeva.

For more information about Jean Valentine and her work, please visit her website. Valentine’s latest chapbook [The ship] (2012) is available from Red Glass Books and can be purchased here. 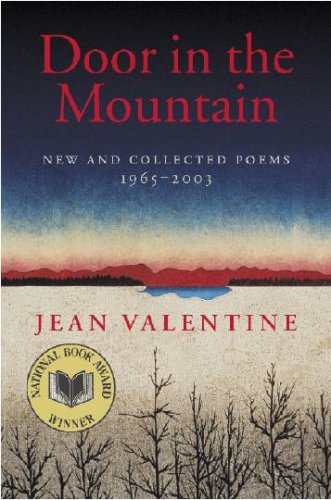 “A Leaf, a shadow-hand,” “Bury your money,” and “Shirt in Heaven” © Jean Valentine. All Rights Reserved. These poems appear in Jean Valentine’s new chapbook [The ship], now available from Red Glass Books. Cover illustration of [The ship] © 2003 Janet Kaplan, Quilt Series # 18. A special thanks to Jean Valentine and Janet Kaplan.