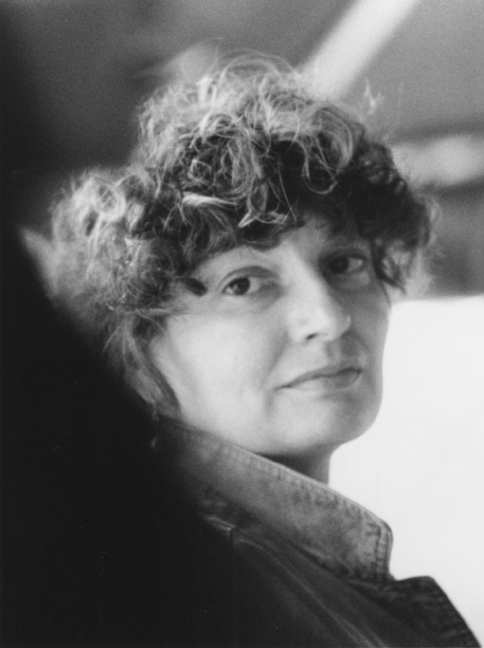 After an Illness, Walking the Dog

Wet things smell stronger,
and I suppose his main regret is that
he can sniff just one at a time.
In a frenzy of delight
he runs way up the sandy road—
scored by freshets after five days
of rain. Every pebble gleams, every leaf.

When I whistle he halts abruptly
and steps in a circle,
swings his extravagant tail.
Then he rolls and rubs his muzzle
in a particular place, while the drizzle
falls without cease, and Queen Anne’s lace
and Goldenrod bend low.

The top of the logging road stands open
and light. Another day, before
hunting starts, we’ll see how far it goes,
leaving word first at home.
The footing is ambiguous.

Soaked and muddy, the dog drops,
panting, and looks up with what amounts
to a grin. It’s so good to be uphill with him,
nicely winded, and looking down on the pond.

A sound commences in my left ear
like the sound of the sea in a shell;
a downward, vertiginous drag comes with it.
Time to head home. I wait
until we’re nearly out to the main road
to put him back on the leash, and he
—the designated optimist—
imagines to the end that he is free. 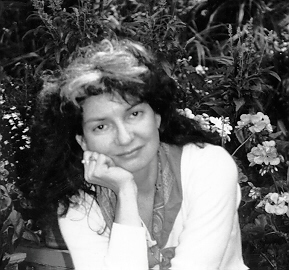 New Hampshire’s poet laureate at the time of her untimely death at age forty-seven, Jane Kenyon was noted for verse that probed the inner psyche, particularly with regard to her own battle against the depression that lasted throughout much of her adult life. Writing for the last two decades of her life at her farm in northern New England, Kenyon is also remembered for her stoic portraits of domestic and rural life; as essayist Gary Roberts noted in Contemporary Women Poets, her poetry was “acutely faithful to the familiarities and mysteries of home life, and it is distinguished by intense calmness in the face of routine disappointments and tragedies.”

Born in Ann Arbor, Michigan, Kenyon spent her first two decades in the Midwest, attending the University of Michigan in her hometown through completion of her master’s degree in 1972. It was while she was a student at the University of Michigan that Kenyon met her future husband, the poet Donald Hall, who taught there. After her marriage, Kenyon moved with Hall to Eagle Pond Farm, a New Hampshire farm that had been in Hall’s family for generations and where she would spend the remainder of her life. 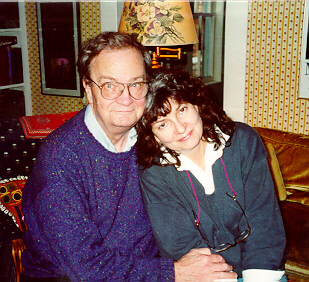 Poets Donald Hall and Jane Kenyon lived together at Eagle Pond Farm, a New Hampshire farm that had been in Hall’s family for generations. She spent the remainder of her life there until her untimely death at the age of 47.

Kenyon published only four volumes of poetry during her life: From Room to Room, The Little Boat, Let Evening Come, and Constance, and translated a volume of works by the Russian poet Anna Akhmatova. Despite her relatively small output, her poetry was highly lauded by critics throughout her lifetime. As fellow poet Carol Muske remarked in the New York Times when describing Kenyon’s The Boat of Quiet Hours, “These poems surprise beauty at every turn and capture truth at its familiar New England slant. Here, in Keats’s terms, is a capable poet.” Indeed, Kenyon’s work has often been compared with that of English Romantic poet John Keats; Roberts dubbed her a “Keatsian poet” and noted that, “like Keats, she attempts to redeem morbidity with a peculiar kind of gusto, one which seeks a quiet annihilation of self-identity through identification with benign things.” 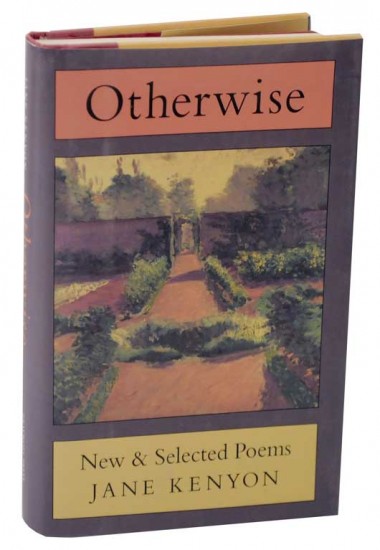 The cycles of nature held special significance for Kenyon, who returned to them again and again, both in her variations on Keats’s ode “To Autumn,” and in other pastoral verse. In Let Evening Come, her third published collection—and one that found the poet taking what Poetry essayist Paul Breslin called “a darker turn”—Kenyon explored nature’s cycles in other ways: the fall of light from day to dusk to night, and the cycles of relationships with family and friends throughout a long span of years brought to a close by death. Let Evening Come “shows

[Kenyon] at the height of her powers,” according to Muske in a review of the 1990 volume for the New York Times Book Review, with the poet’s “descriptive skills . . . as notable as her dramatic ones. Her rendering of natural settings, in lines of well-judged rhythm and simple syntax, contribute to the [volume’s] memorableness.” 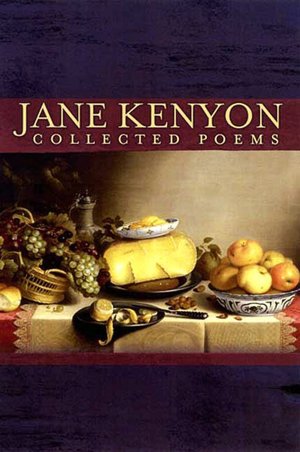 Constance began Kenyon’s study of depression, and her work in this regard has been compared with that of the late poet Sylvia Plath. Comparing the two, Breslin wrote that “Kenyon’s language is much quieter, less self-dramatizing” than that of Plath, and where the earlier poet “would give herself up, writing her lyrical surrender to oblivion, . . . Kenyon fought to the end.” Breslin noted the absence of self-pity in Kenyon’s work, and the poet’s ability to separate from self and acknowledge the grief and emotional pain of others, as in her poems “Coats,” “Sleepers in Jaipur,” and “Gettysburg: July 1, 1863,” which imagines a mortally wounded soldier lying in wait for death on the historic battlefield.

In Otherwise, a posthumous collection containing twenty poems written just prior to her death as well as several taken from her earlier books, Kenyon “chronicles the uncertainty of living as culpable, temporary creatures,” according to Nation contributor Emily Gordon. As Muske added in the New York Times Book Review, Kenyon avoids sentimentality throughout Otherwise. “The poet here sears a housewife’s apron, hangs wash on the line, walks a family dog and draws her thought from a melancholy, ecstatic soul as if from the common well, ‘where the fearful and rash alike must come for water.’ In ecstasy,” Muske continued, Kenyon “sees this world as a kind of threshold through which we enter God’s wonder.”

“After an Illness, Walking the Dog” appears in Collected Poems by Jane Kenyon. Copyright © 2007 by Jane Kenyon. Used by permission of Graywolf Press. All rights reserved. Jane Kenyon biography courtesy The Poetry Foundation.