The Sunday Poem : Bruce A. Jacobs

The Sunday Poem : Bruce A. Jacobs 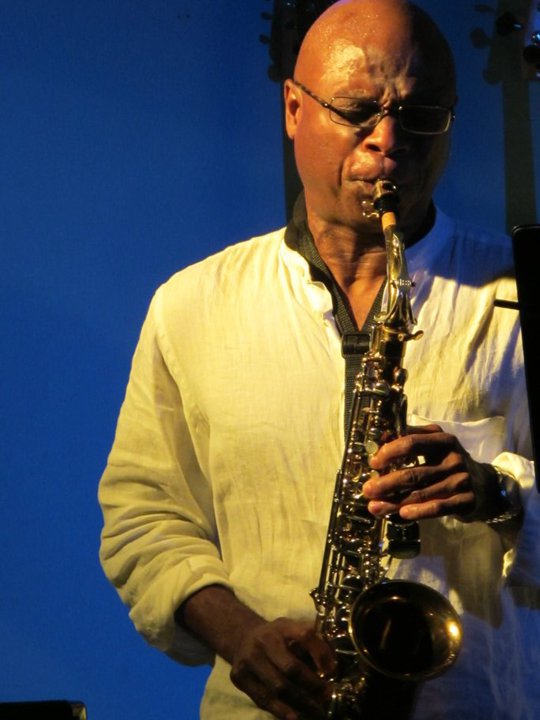 The Sunday Poem is back!

Apologies to readers who missed the poem in their inbox last weekend. I appreciate your emails and messages. It’s good to know that the series has become such an integral part of your weekend and that you genuinely look forward to it.

I’ve just returned from a nine-day arts trip that included visits to Norwalk, New York, Newark, and Boston. Because the Sunday Poem doesn’t simply involve preparing the post (it also involves hours of work sharing the poem on social media, through email, etc.), I’m not always able to publish new articles when I’m on the road. I want to be certain that all Gwarlingo Sunday Poets receive the time and attention they deserve. Thanks for your understanding.

One of the highlights of this recent work-trip was attending the Dodge Poetry Festival in Newark, New Jersey, for the first time. This is the largest poetry event in the country and exceeded my expectations in every way. It was fun to see so many Sunday Poets at the event and to meet new writers for the series. Stay tuned for an in-depth article and photo essay on the festival. I’ll also be sharing some other highlights from my travels on Gwarlingo in the coming weeks. 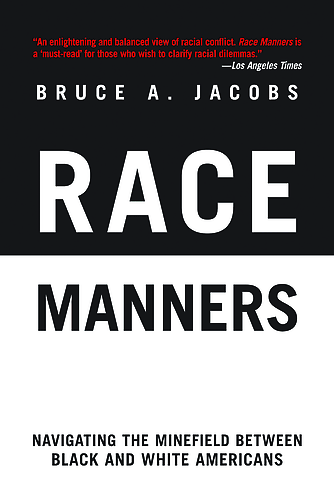 Today’s Sunday Poem is the perfect example of technology actually fulfilling its potential to build genuine connections. Bruce A. Jacobs emailed me after discovering Gwarlingo through a friend’s Facebook post on Natalie Diaz’s poetry. Although we’ve never met in person, we immediately struck up a correspondence about writing, music, his work on race relations, and his Tuesday Muse column at the agonist.org.

In addition to writing and speaking about race relations, Bruce is working on a new book of poetry (which is long overdue). As you can see from the three poems I’ve featured here, Jacobs has a sharp, empathetic eye. What I appreciate most about his work in all genres is his belief that impassioned viewpoints and compassionate respect for others’ experiences are compatible.

But Bruce never falls into the trap of didacticism in his poetry. He allows the scenes, ideas, and individuals he portrays to speak for themselves.

I hope you enjoy this introduction to Bruce Jacobs’s writing. Have a fabulous Sunday!

Lines are lies
we tell ourselves
through our eyes.

Look: If a sphere of air
helps push up tall trees, then
where does the sky start?

Painters know this question.
They work to undo our vision
while we watch.

It’s probably nothing,
An invisible something
you’ve had all your life.
And I’m thinking:
This is what they all say,
the men who hold clipboards
and sell you things you can’t
refuse: oil filters, echocardiograms.
In the hard white room
my life clears its throat.
Heart murmur. Perfect:
An echo throbbing
backward in time.
A sound God’s receptionist makes
to keep us waiting quietly.

This was not the plan: a hurting hip,
mystery gut pang and now
the whisper in my chest.
Six months ago I left Esther
to keep myself from getting sick.
The way
she lorded it over my body
with suggestions and preventions,
like a plumber camped out
in the cellar, an expert gearing up to
love a broken me. Time to get out, I said
to myself and I thought I
got away but now it’s
hounds in the woods, the sound
everywhere. Murmur. In the dark,
my blood roars through its circle of tunnels.
Head under the pillow, I try to hear
down into the torrent, listen
for the submerged sound
of someone at
the door.

Coming Up on September 11 on a

Train in the Canadian Rockies

Pines spear the air
like beds of green feathered nails
or fir combs built to stroke
the wind free of fresh badness.

like a building. When the men ride roads home
to newspapers that talk of the anniversary,
they will wonder why the world
feels like a stranger.

About Bruce A. Jacobs 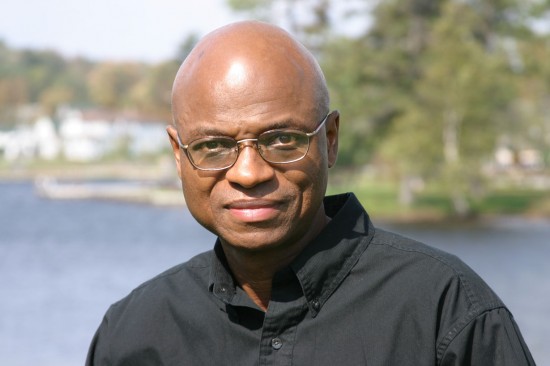 Bruce A. Jacobs is a poet, a nonfiction author, a working jazz drummer, and an improving saxophonist. He speaks and performs nationally. He has appeared on NPR, C-SPAN, Sirius, and elsewhere. His two books of poems are Speaking Through My Skin (Michigan State University Press), which won the Naomi Long Madgett Poetry Award, and Cathode Ray Blues (Tropos Press). His two nonfiction books are Race Manners and Race Manners for the 21st Century, (Arcade/Skyhorse), both of which provide a tour of racism from within each of us.

Jacobs’ work has appeared in dozens of literary journals and anthologies, including Beloit Poetry Journal, African American Review, and many others, including the anthology 180 More: Extraordinary Poems for Everyday, edited by Billy Collins.

Bruce has won poetry slams at the Nuyorican Poets Cafe and elsewhere. Educated at Harvard, he has received a Maryland State Arts Council individual artist grant and writing residencies at The MacDowell Colony and Ucross Foundation. He writes a weekly creative arts blog, the Tuesday Muse, at agonist.org, and a race and politics blog at aliasbruce.typepad.com. His current projects include one-man performances that combine words, saxophone, and percussion. He is at work on a new book combining  the printed word and sound. He lives and writes in Baltimore. 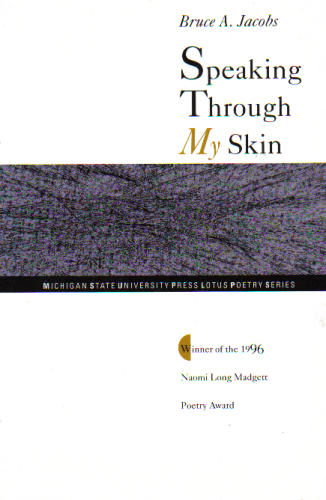 “Gallery,” “Knock-Knock,” and “Coming Up on September 11 on a Train in the Canadian Rockies” © Bruce A. Jacobs. All Rights Reserved. “Knock-Knock” originally appeared in Gargoyle #58, 2012. All poems were published with permission from the author.