Rajesh Parameswaran’s Dazzling Tales of Captivity & Freedom : I Am An Executioner

Rajesh Parameswaran’s Dazzling Tales of Captivity & Freedom : I Am An Executioner 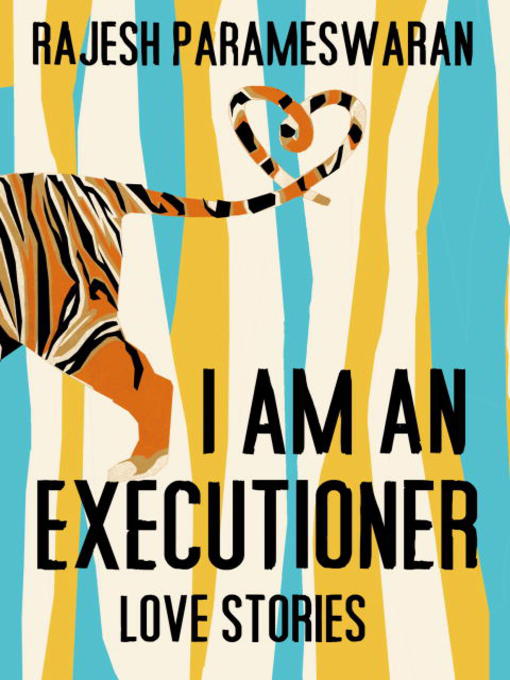 If like me, you find most summer reading lists too beachy and lacking in inspiration, Rajesh Parameswaran’s I Am an Executioner: Love Stories is the perfect antidote. (After all, our brains don’t go on holiday just because we do).

Over the past week, I’ve been savoring the imaginative, moving stories in Parameswaran’s debut collection. While these tales have their fantastical elements, the author never loses his sense of humor or empathy for his characters. Both dark and elegant, these stories are about love in the same way that Kafka’s tales are about bureaucracy. They are this, but so much more.

“Love” in Parameswaran’s world is both complicated and unruly. The opening story of I Am an Executioner: Love Stories is a good case in point. “The Infamous Bengal Ming” is narrated by a lovesick tiger who mauls his zookeeper not out of anger or fear, but out of affection.

In one of my favorite pieces in the collection, “The Strange Career of Doctor Raju Gopalarajan,” an ex-CompUSA employee opens an office in a Texas strip mall and pretends to be a doctor, tending to day laborers. The story is both disturbing and surprisingly poignant. It was published in McSweeney’s 21 and won the fiction category in the National Magazine Awards in 2007. It was also nominated for the Kay Cattarulla Award for Best Short Story 2007 and appeared in the Best American Magazine Writing anthology, as well as The Best of McSweeney’s anthology.

The author says that the story was inspired in part by the steady stream of newspaper articles he encountered about people practicing medicine without a license. This is an original, outrageous take on the idea of immigrant self-invention—self-invention taken a step too far. It’s a testament to Parameswaran’s skill that he manages to create compassion for his main character, in spite of the horrific consequences of his impersonation.

One of Parameswaran’s strengths is his use of narrative voice, which is constantly shifting and adopting unique points of view. The collective narrator of “The Strange Career of Doctor Raju Gopalarajan,” for example, reminds me of William Faulkner’s “A Rose for Emily”—another fabulous gothic love story that is told from the point of view of the town’s inhabitants.

Parameswaran was born in Chennai, India, but left for the United States when he was still an infant. His family spent time in Michigan before moving to Houston. Rajesh studied English at Yale and went onto graduate from Yale Law School. His tenure there overlapped with another talented fiction writer, Adam Haslett. Parameswaran never practiced law, but worked as a law clerk for a federal judge, while also maintaining a freelance and fiction writing career. Residencies at The MacDowell Colony, Ucross, and Yaddo have given Parameswaran much-needed time to complete his story collection and to begin his next project — his first novel.

At 7:00 p.m. on Wednesday, July 11th, New Yorkers will have a chance to hear Rajesh read from his new book. Parameswaran will be sharing the stage with
Nell Freudenberger and Alex Shakar at the Happy Endings Music and Reading Series at Joe’s Pub. The event also includes music by Ana Egge and live drawing by Michael Arthur. It’s the final show of the season. More details are available on the Joe’s Pub website.

Recently, Yuka Igarashi of Granta magazine sat down with Rajesh Parameswaran to discuss I Am an Executioner: Love Stories. (Note: “The Infamous Bengal Ming” was originally published in Granta and was one of the highlights of the magazine’s Horror issue.) Granta has kindly granted me permission to reprint the interview here. 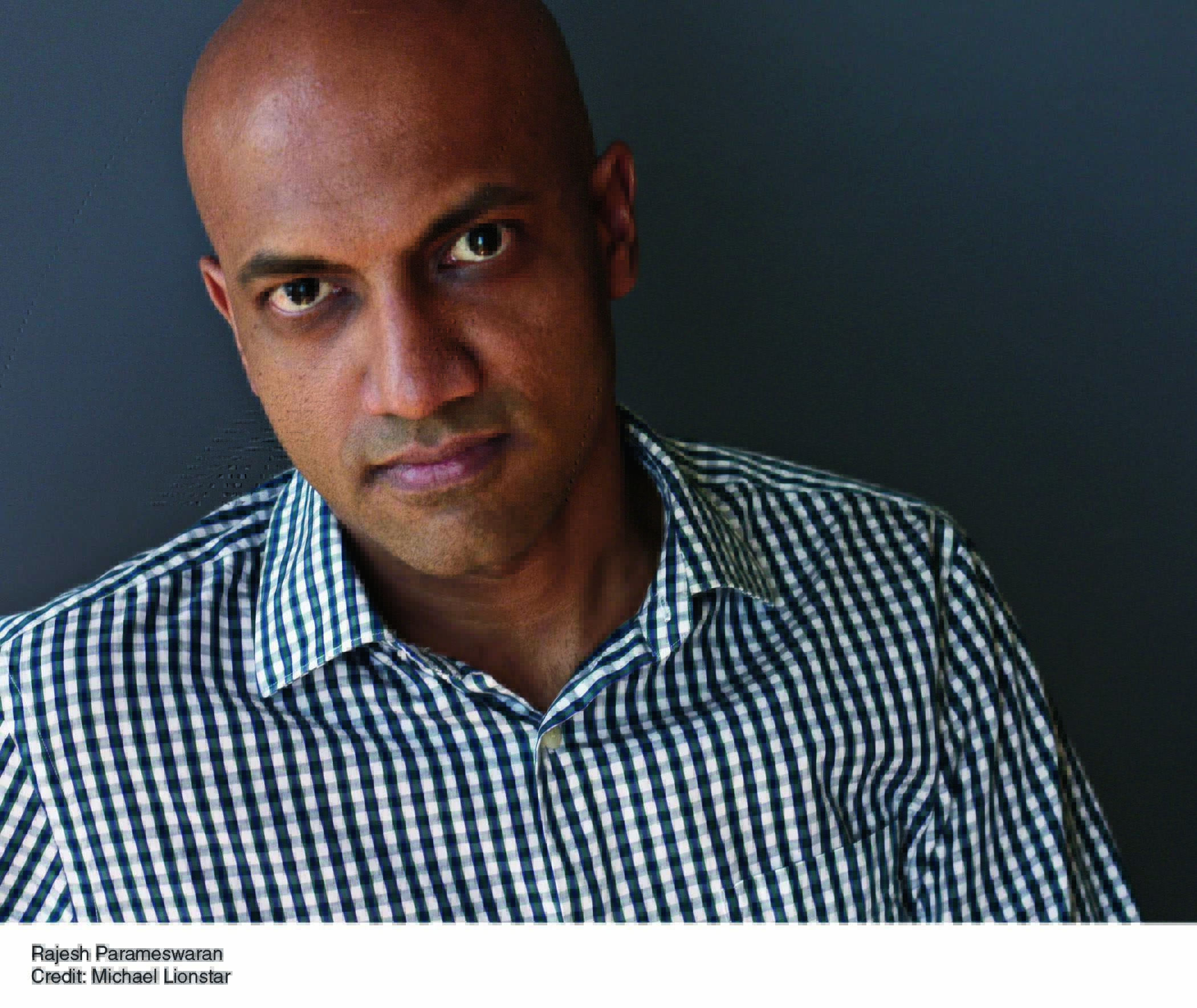 Yuka Igarashi: The settings and points of view in these stories are fantastically varied. One takes place in turn-of-the century India, another in the Andromeda Galaxy in the year AD 2319. What struck me, though, were the themes that repeated across these stories. I think they explore the gap between intentions and effect: we all mean well, but cause incredible harm anyway. How aware were you, as you were writing, of recurring motifs?

Rajesh Parameswaran: This question reminds me of that Borges parable: ‘A man sets himself the task of portraying the world. Through the years he peoples a space with images of provinces, kingdoms, mountains, bays, ships, islands, fishes, rooms, instruments, stars, horses, and people. Shortly before his death, he discovers that that patient labyrinth of lines traces the image of his face.’ This parable seems to suggest that if you are inclined towards certain themes, it is difficult to avoid them, regardless of your intentions.

These are tales of longing and devotion that just happen to include maulings, a botched surgery, stoning and impaling. What compels you to mix love with gore?

To be honest, I didn’t know these were going to be ‘love stories’ or that they were going to tilt towards violence until I’d finished them. I could tell you that love and violence are basic forces interwoven through all of nature and human affairs, and that’s why I mix the two – but to some degree I’d be approaching your question retrospectively, as a reader, so you should take that answer with a grain of salt.

You are suggesting that the stories are about captivity on a literal level, and also the ways identity itself can be confining and/or liberating. That’s an interesting point, and I do think it’s there in the collection (although it would be difficult to measure to what extent this was a prior interest, and to what extent I discovered this interest through engaging with the stories).

Also, of course, captivity and freedom are fundamental themes in American history and in literature broadly. Vladimir Nabokov says that Lolita was inspired by the story of an ape in a zoo ‘who, after months of coaxing by a scientist, produced the first drawing every charcoaled by an animal: this sketch showed the bars of the poor creature’s cage.’

Your characters are also trapped inside their stories, and some seem to be trying to break free of them. ‘Metafiction’ can be a contentious word – do you see yourself aligned with other writers of metafiction?

I try to write stories that I feel are compelling, in the way that it feels necessary to write them. And sometimes the struggle over how to tell a story is just an unavoidable part of telling the story. I think this has been true of literature from every era – not just the literature that is traditionally considered ‘metafiction.’ This self-awareness characterizes a lot of writers I admire, including Melville, Nabokov, Fitzgerald, Borges, Poe, Shakespeare.

One of the stories, ‘Bibhutibhushan Mallik’s Final Storyboard,’ seems especially metafictional, or at least seems to be a metaphor about writing. It focuses on a rivalry between a famous movie director, Jogesh Sen, and his underappreciated art director, Bibhuti. The question that emerges for me is: can Bibhuti work without Sen? Or: how much of storytelling is style, concept, framing?

That’s an intriguing read. It calls to mind the question of how you recognize poetry. Is poetry that which has meter, line breaks, stanzas or whatever? Or is poetry simply any work that makes you feel as if the top of your head were taken off, as Emily Dickinson said? You seem to be suggesting that the art director in this story thinks a movie is all about style; whereas the famous director Jogesh Sen understands that the only real test is whether you have taken the audience’s head off.

A few of these pieces feature Indian characters, but your background as an Indian-American informs the collection in more indirect ways. ‘On the Banks of the Table River’ is set in outer space, but it’s also an immigrant story of intergenerational misunderstanding. Do you feel like you’re consciously writing against the standard immigrant narrative?

I am mainly trying to write stories that have some urgency and force and that are not boring. Sure, I think you could say I am writing against the ‘standard immigrant narrative’ at times, but perhaps you could also say I am writing against the standard tiger narrative, or the standard outer-space narrative. These narratives often turn out to be useful not just for their literal but also for their metaphoric significance.

I read something about a novel-in-progress. As I understand it, it’s going to be about a community of outcasts who process a city’s garbage. What got you interested in this subject?

I got interested in this subject because I am interested in cities and in the richness of this particular setting. Beyond that, I’m reluctant to say very much about a project that’s still in progress.    ■ 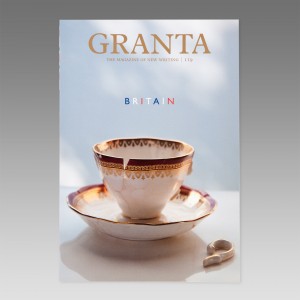 I Am an Executioner: Love Stories by Rajesh Parameswaran is published by Bloomsbury.

Thanks to Yuka Igarashi, Ted Hodgkinson, Saskia Vogel, Gabrielle Brooks, and John Freeman at Granta magazine and Raj Parameswaran for permission to reprint this interview.

Subscribers to Granta now receive access to the magazine’s entire archive. I was also excited to see that individual issues can now be purchased for your Kindle, Nook, i-Pad, or Kobo. You can learn more at the Granta website.