Of Yield and Abandon

A muscular, thick-pelted woodchuck,
created in yield, in abandon, lifts onto his haunches.
Behind him, abundance of ferns, a rock wall’s
coldness, never in sun, a few noisy grackles.
Our eyes find shining beautiful
because it reminds us of water. To say this
does not make fewer the rooms of the house
or lessen its zinc-ceilinged hallways.
There is something that waits inside us,
a nearness that fissures, that fishes. Leaf shine
and stone shine edging the tail of the woodchuck silver,
splashing the legs of chickens and clouds.
In Russian, the translator told me,
there is no word for “thirsty”—a sentence,
as always, impossible to translate.
But what is the point of preserving the bell
if to do so it must be filled with concrete or wax?
A body prepared for travel but not for singing. 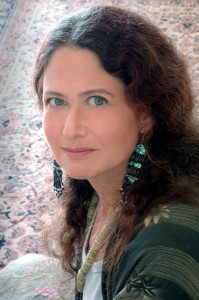 Jane Hirshfield is the author of seven collections of poetry, including the just released Come Thief (Knopf, 2011), After (HarperCollins,  2006), which was named a “Best Book of 2006” by The Washington Post, The San Francisco Chronicle, and England’s Financial Times and shortlisted for England’s T.S. Eliot Award; and Given Sugar, Given Salt (HarperCollins, 2001), which was a finalist for the National Book Critics Circle Award.

Author of a now-classic book of essays, Nine Gates: Entering the Mind of Poetry, Hirshfield has also edited and co-translated three books collecting the work of women poets from the distant past and recently published a best-selling Kindle Single, The Heart of Haiku, on the 17th-century Japanese poet Basho.

Hirshfield’s honors include The Poetry Center Book Award, the California Book Award, fellowships from the Guggenheim and Rockefeller foundations, the National Endowment for the Arts, and the 40th Annual Distinguished Achievement Fellowship from the Academy of American Poets, an honor previously received by Robert Frost, Elizabeth Bishop, and William Carlos Williams.

She has been a fellow at The MacDowell Colony, Yaddo, and Bellagio. Her work has been featured in six editions of The Best American Poetry and appears in The New Yorker, The Atlantic, The Times Literary Supplement, The American Poetry Review, Poetry, Orion, McSweeney’s, and elsewhere. She has presented her poems and lectured at festivals and universities throughout the U.S. and in China, Japan, the Middle East, the United Kingdom, Poland, Lithuania, and Ireland.

For more information about Jane Hirshfield, including the full schedule of readings this fall for Come, Thief, please visit her website. You can watch an interview with Hirshfield here:

Looking for an interesting book for yourself or your students? Check out the new Gwarlingo Store–a hand-picked selection of some of my favorite poetry and art books. All of your purchases directly support this site.