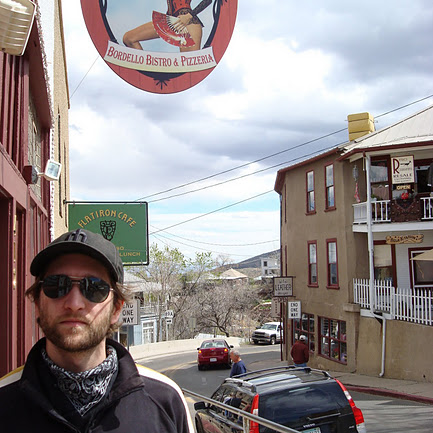 They salvaged only what was vital, leaving
behind their most precious belongings,
including Aunt Beale’s watercolors,
which were lost, and the thousand
paper cranes Dad had folded
to win Mom over, placing them
on her usual routes, at the post office,
in the library bathroom, that after
the wedding they’d hung
from the dining room ceiling—lost.
They lost several leisure suits,
Star Wars T-shirts, baseball cards
and G.I. Joes and several vases
of fresh daisies. And in the smolder
of blackened house, once the firemen’s
hoses had gone limp, they found
the family schnauzer, dead and gleaming:
what had happened was, the dog
had hidden in the cabinet below
the family silver, which had melted,
casting the poor mut entire.
It radiated waves of heat.
But how could they not reach out
to pet that shiny silver schnauzer,
one by one, saying ‘there boy,’
as they burned their soft pink hands?

Christopher Robinson is a writer, teacher and translator currently living in the wind. He earned his MA in poetry from Boston University and his MFA from Hunter College. His work has appeared, or is forthcoming, in Alaska Quarterly Review, Night Train, Kenyon Review, Nimrod, Chiron Review, Umbrella Factory, FlatmanCrooked, McSweeney’s Online, Mare Nostrum, and elsewhere. He is a recipient of fellowships from The MacDowell Colony, the Sante Fe Art Institute, and the Virginia Center for the Creative Arts. He has been a Ruth Lilly Fellowship finalist for the last two years.

“Hotdog” © Christopher Robinson and was published with permission from the author.