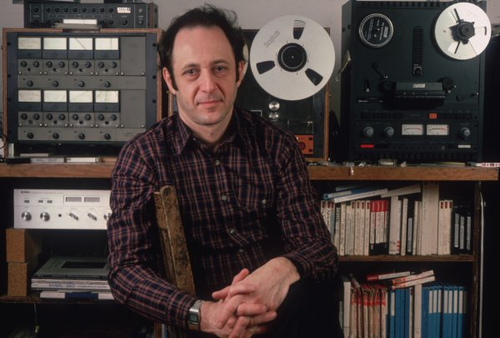 Earlier this month composer Steve Reich turned 75. Over the past few decades Reich has gone from being a musical outsider to winning the Pulitzer Prize for his 2009 Double Sextet.

In the early days of his career, Reich drove a cab in San Francisco and worked as a part-time social worker in New York. “Phil Glass and I had a moving company for a short period of time,” Reich told Richard Kessler in a 1998 interview. “I did all kinds of odd jobs…. I started making a living as a performer in my own ensemble. I would never have thought that it was how I was going to survive financially. It was a complete wonder.”

In 1971 Reich embarked on a five-week trip to study music in Ghana. While in Africa, he studied with master drummer Gideon Alorwoyie. Reich wrote the 90-minute work Drumming shortly after his return, followed by the 1972 piece “Clapping Music.” It was around this time that he formed his ensemble, Steve Reich and Musicians, which still includes many original members and remains active to this day. 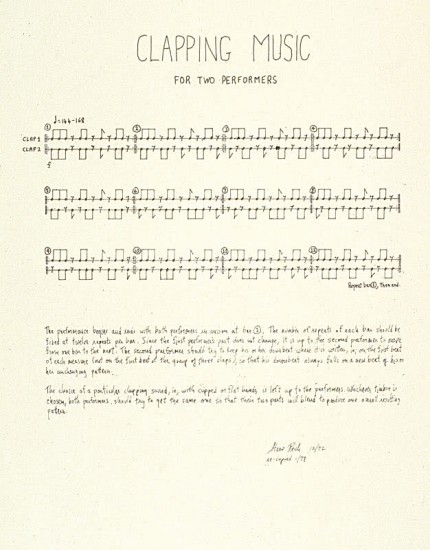 All musicians in the past, starting with the middle ages were interested in popular music. (…) Béla Bartók’s music is made entirely of sources from Hungarian folk music. And Igor Stravinsky, although he lied about it, used all kinds of Russian sources for his early ballets. Kurt Weill’s great masterpiece Dreigroschenoper is using the cabaret-style of the Weimar Republic and that’s why it is such a masterpiece. Only artificial division between popular and classical music happened unfortunately through the blindness of Arnold Schoenberg and his followers to create an artificial wall, which never existed before him. In my generation we tore the wall down and now we are back to the normal situation, for example if Brian Eno or David Bowie come to me, and if popular musicians remix my music like The Orb or DJ Spooky it is a good thing. This is a natural normal regular historical way.

In celebration of Reich’s birthday, here is an early video of Reich’s 1972 piece “Clapping Music.”

Reich, shown on the right, performs with percussionist and professor Russell Hartenberger. Hartenberger is a member of Nexus and has also been a member of Steve Reich and Musicians since 1971.

Honestly, I can’t think of a better way to start a Monday morning.

If you’d like to hear more of Steve Reich’s music, I highly recommend this box set, Steve Reich: Works 1965-1995. It has all of the essential Reich pieces and has provided me with countless hours of great music over the years. 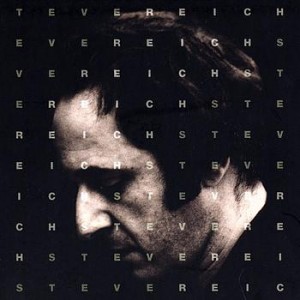