Sonny Rollins: “It’s All about Space”

Sonny Rollins: “It’s All about Space” 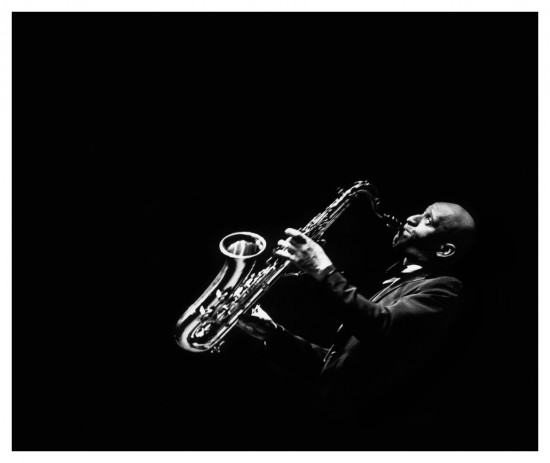 Today is the birthday of jazz legend Sonny Rollins. At the age of 81, Rollins is still touring, making new music, and recording records.

The long, remarkable career of Sonny Rollins is a good example of how sustaining it can be for an artist to have time alone to think, practice, and create. In 1959 Rollins shocked the jazz world when he took a three-year hiatus from recording and performing (This was only the first of several self-imposed exiles). During his sabbatical, he studied Eastern philosophy and focused on perfecting his craft. With no private practice space, Rollins played his saxophone on the Williamsburg Bridge instead. Upon his return to the jazz scene in 1962 he named his “comeback” album The Bridge as a tribute. 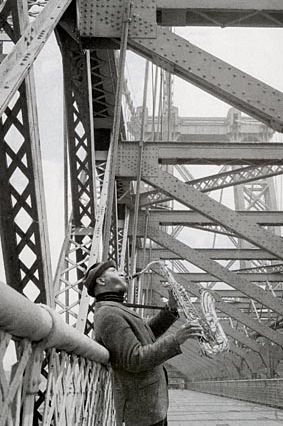 Sonny Rollins on the Williamsburg Bridge

“Music isn’t about thinking,” Rollins said in a recent video interview, “it’s meditation.” Jazz, he explained, gives him a “sense of abandon,” as well as “a sense of hope that things can be better.” Many years ago, Rollins fought and won his battle with heroine addiction. His active, public career of performing and recording is balanced by regular periods of solitude and reflection. When Rollins isn’t touring, he leads a quiet life on his farm in upstate New York. He also practices meditation and yoga regularly.

I suspect that it’s this combination of discipline, risk-taking, talent, openness, and focus that is the secret to Rollins’ success. Structure and solitude can give an artist the critical space they need to play, learn new skills, explore, and work at a deeper level. In the Buddhist tradition, our busy, over-active minds are often compared to a cloudy pond where the silt has been agitated. But if we’re patient and sit still long enough, the silt will eventually settle. The mind, like the water, will become clear again. Cultivating such mental clarity is especially important for those of us who want to remove roadblocks in our creative work and take new risks. As Rollins discovered, when we’re too focused on our public lives, our busy “careers,” and what others expect, we suffocate artistically.

I had the thrill of meeting Rollins in 2010 at The MacDowell Colony, where he received the Edward MacDowell Medal for his contribution to music. Although he had been traveling for several hours, an aura of equanimity and calmness surrounded him when he first arrived at the Colony. Once Rollins was settled in his guest quarters, I encouraged him to rest and to enjoy the garden and views of Mt. Monadnock. “You have plenty of time and space to relax before dinner,” I explained. “Ah…space,” he said with a grin. “It’s all about space.”

I’ve never forgotten that remark. “Space” is not only a musical philosophy, but a life philosophy, as well.

But enough words. I’d prefer to let Rollins’ music speak for itself. Here he is performing one of his best-known compositions, “St. Thomas.” (If you’re reading this in an email, click here to watch the video.)

Looking for an interesting book for yourself or your students? Check out the new Gwarlingo Store–a hand-picked selection of some of my favorite books on art, music, ideas, the creative process, and more. All of your purchases directly support Gwarlingo.