Hedgehog in the Fog: A Short Animated Classic by Russia’s “Golden Snail”

Hedgehog in the Fog: A Short Animated Classic by Russia’s “Golden Snail” 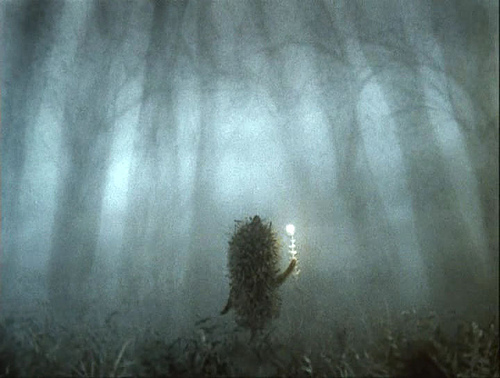 If you’ve never seen Yuriy Norshteyn’s Hedgehog in the Fog, then you are in for a special treat. And if you have seen it, you owe it to yourself to revisit this classic, animated film.

Hedgehog in the Fog is one of the most beautiful, evocative short films ever made. It won many prizes and awards on both sides of the Iron Curtain when it made the festival circuit in the mid and late 70s. In 2003 Hedgehog was named “the number one animated film of all time” at an animation competition in Tokyo.

The story is simple–a hedgehog makes his regular evening journey to see his friend, the bear cub. But on this particular night a fog has descended on the forest and the hedgehog has many frightening, transformative encounters. The cinematography of Nadezhda Treschyova, story by Sergei Kozlov, and music of Mikhail Meyerovich come together with Norshteyn’s animations to create a moving, memorable experience. 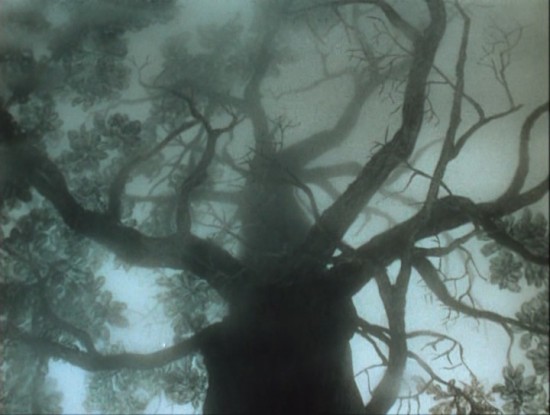 Norshteyn’s craftsmanship and originality, as well as his affinity for small, quiet details have earned him tremendous respect in the animation world. Nick Park is reportedly a fan, and the Japanese animator Hayao Miyazaki, creator of Spirited Away and Howl’s Moving Castle, cited Hedgehog in the Fog as one of his favorite animated films and called Norshteyn “a great artist.” Miyazaki and Norshteyn both share an eye for natural beauty. The forest in Miyazaki’s Princess Mononoke may owe something to Norshteyn’s mysterious forest in Hedgehog, though Miyazaki’s final vision is certainly his own.

Norshteyn was born in a working class suburb of Moscow. His early artistic path was a difficult one, plagued by anti-Semitism and struggles within the education system. Norshteyn practiced carpentry and painting before learning animation. 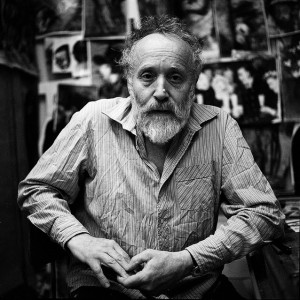 Norshteyn works closely with his wife, Francesca Yarbusova, who is an important collaborator on his films. He uses a unique, multi-plane technique to give his work its remarkable sense of depth. The camera shoots down at a series of glass plates that can move horizontally and vertically, giving the illusion that characters are moving toward or away from the viewer.

This stop-motion technique, which does not employ computers, is incredibly labor intensive. His slow production pace has earned Norshteyn the nickname “The Golden Snail.” Since 1981 he has been working on a 65-minute production of Gogol’s The Overcoat. In 1986 he was fired from Souyzmultfilm (the primary Soviet animation studio) because he was working too slowly. It reportedly took Norshteyn and his small team two years to create 10 minutes of film.

While some critics have attributed Norshteyn’s slow output to his obsessiveness and perfectionism, one could also view his story as a remarkable dedication to craft and personal vision in an overly commercialized movie industry. It is a terrible irony that Norshteyn no longer has to contend with Soviet censors, but must now struggle to find capitalist funding for films that have no mass market appeal. In a 2005 interview in The Washington Post, Norshteyn railed against the state of cinema today: “There is no artistic freedom because artistry has been replaced by ignorance.”

Somehow, Norshteyn has found the tenacity to persevere in spite of tremendous setbacks. During the creation of The Overcoat, Norshteyn has endured continual funding problems, the death of his close friend and cinematographer Aleksandr Zhukovskiy, and the closure of the Moscow film labs that were processing the movie’s black-and-white film stock. (For now, Norshteyn has overcome this hurdle by developing the film himself). 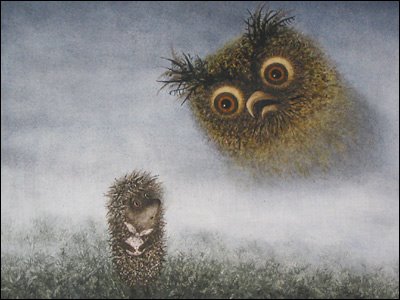 Perhaps like Werner Herzog’s Fitzcarraldo or Terry Gilliam’s Don Quixote, the plagued production of The Overcoat should become a story in its own right. Undoubtedly, the final product will determine whether the film is dubbed Norshteyn’s greatest triumph or his greatest folly. If the film lives up to expectation, Norshteyn will likely be portrayed as a hero, and if the film is anything less than a masterpiece, he risks being dubbed the Captain Ahab of the animation world. Regardless, it is an incredible example of an artist remaining true to his vision even in the most difficult circumstances.

In the Post interview, Norshteyn succinctly describes his philosophy on art. An artist’s work should allow people to “experience life yet unlived. This is the most significant thing we can get from art.”

If you’d like to explore Norshteyn’s work further, excerpts from some Norshteyn films are available on YouTube. (DVDs of his work are difficult to find, though I was able to track down one collection here). Norshteyn admirers may also be interested in Clare Kitson’s excellent book Yuri Norstein and Tale of Tales: An Animator’s Journey. Kitson, who commissioned animation for the UK’s Channel 4 for 10 years, discusses Norshteyn’s life and his highly acclaimed film Tale of Tales, which she has seen more than 50 times. The British writer A.S. Byatt, who credits Kitson with making her a Norshteyn fan, discusses Kitson’s book and Norshteyn’s film in The Guardian.

You can watch Hedgehog in the Fog right here (full screen viewing is highly recommended). Even if you aren’t a big fan of animated movies or think “cartoons” are for children, I urge you to give this one a try. Surely you can spare 10 minutes? You won’t regret it.