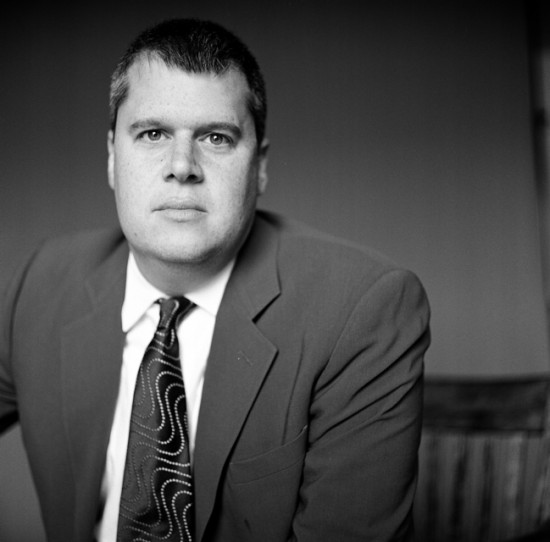 Author Daniel Handler, also known as Lemony Snicket, shared "13 Observations" about Occupy Wall Street today: "Money is like a child—rarely unaccompanied. When it disappears, look to those who were supposed to be keeping an eye on it while you were at the grocery store. You might also look for someone who has a lot of extra children sitting around, with long, suspicious explanations for how they got there." (Photo by Meredith Heuer)

I’ve had a few emails from readers asking for an update on the Occupy Writers project, which was unveiled on Friday.

The list, which was the brainstorm of writers Jeff Sharlet and Kiera Feldman, began with almost 200 signatures, but has burgeoned to over 800. News of the project has spread quickly. This piece, “The Zuccotti Literatti: Slumbering Prolixariat Awakes,” ran in the New York Observer on Friday, and the story was also picked up by the Associated Press. Traffic at Occupy Writers has been so heavy that the site’s server has experienced periodic crashes. (Organizers are ironing out these technical glitches as we speak.)

As well as offering a petition (which reads, “We, the undersigned writers and all who will join us, support Occupy Wall Street and the Occupy Movement around the world”), Jeff, Kiera, and the other organizers of the site are now asking authors to write about their experiences and thoughts about the protests.

Here are “13 Observations Made by Lemony Snicket while Watching Occupy Wall Street from a Discreet Distance” as posted on the Occupy Writers site:

1. If you work hard, and become successful, it does not necessarily mean you are successful because you worked hard, just as if you are tall with long hair it doesn’t mean you would be a midget if you were bald.

3. Money is like a child—rarely unaccompanied. When it disappears, look to those who were supposed to be keeping an eye on it while you were at the grocery store. You might also look for someone who has a lot of extra children sitting around, with long, suspicious explanations for how they got there.

5. There may not be a reason to share your cake. It is, after all, yours. You probably baked it yourself, in an oven of your own construction with ingredients you harvested yourself. It may be possible to keep your entire cake while explaining to any nearby hungry people just how reasonable you are.

6. Nobody wants to fall into a safety net, because it means the structure in which they’ve been living is in a state of collapse and they have no choice but to tumble downwards. However, it beats the alternative.

8. Don’t ask yourself if something is fair. Ask someone else—a stranger in the street, for example.

9. People gathering in the streets feeling wronged tend to be loud, as it is difficult to make oneself heard on the other side of an impressive edifice.

10. It is not always the job of people shouting outside impressive buildings to solve problems. It is often the job of the people inside, who have paper, pens, desks, and an impressive view.

11. Historically, a story about people inside impressive buildings ignoring or even taunting people standing outside shouting at them turns out to be a story with an unhappy ending.

12. If you have a large crowd shouting outside your building, there might not be room for a safety net if you’re the one tumbling down when it collapses.

13. 99 percent is a very large percentage. For instance, easily 99 percent of people want a roof over their heads, food on their tables, and the occasional slice of cake for dessert. Surely an arrangement can be made with that niggling 1 percent who disagree. 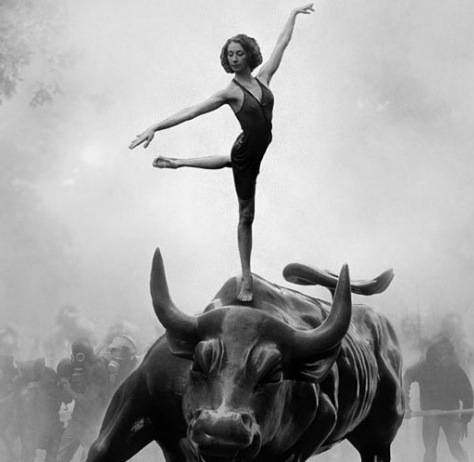 I was moved, first of all, by what everyone notices first: the variety of people involved, the range of ages, races, classes, colors, cultures. In other words, the 99 per cent. I saw conversations taking place between people and groups of people whom I’ve never seen talking with such openness and sympathy in all the years (which is to say, my entire life) I’ve spent in New York: grannies talking to goths, a biker with piercings and tattoos talking to a woman in a Hermes scarf…I kept thinking about how, since this movement started, I’ve been waking up in the morning without the dread (or at least without the total dread) with which I’ve woken every morning for so long, the vertiginous sense that we’re all falling off a cliff and no one (or almost no one) is saying anything about it.

More contributions will be posted on the Occupy Writers site on a regular basis. My sources tell me that we’ll be hearing from poet Anne Waldman, National Book Award winner Larry Heinemann, novelist Jonathan Lethem, journalist Joe Conason, and playwright Sarah Schulman very soon, so keep checking the site for new additions. I will also pass along updates as I receive them.

The entire Occupy movement has been full of surprises. Who could have guessed that one of the sanest pieces of writing about the protests would come from Lemony Snicket? I’d like to suggest that the author consider writing a new book for his “Unfortunate Events” series–the unfortunate, true story of how America’s financial meltdown took place. I’d be happy to recommend a few excellent candidates for Count Olaf.