A Tour of the World’s Longest Sea Bridge

A Tour of the World’s Longest Sea Bridge 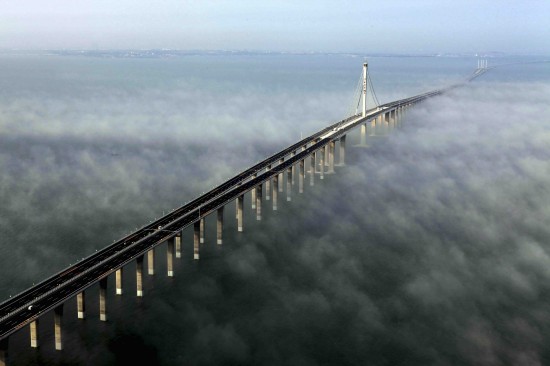 Last week the world’s longest sea bridge, the Jiaozhou Bay Bridge in China, opened to traffic. The bridge, which is 26.4 miles long, would easily span the English Channel and is almost three miles longer than the previous record-holder, the Lake Pontchartrain Causeway in Louisiana, officially making it the world’s longest bridge over water. 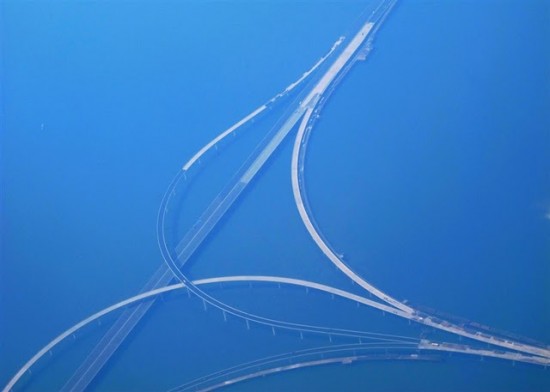 The bridge is expected to carry over 30,000 cars a day. Han Shouxin, deputy director of Qingdao’s traffic management committee, said the bridge will shorten the route between Huangdao and urban Qingdao by 18.6 miles, cutting travel time between the city of Qingdao and the sprawling suburb of Huangdao from over 40 minutes to around 20 minutes. 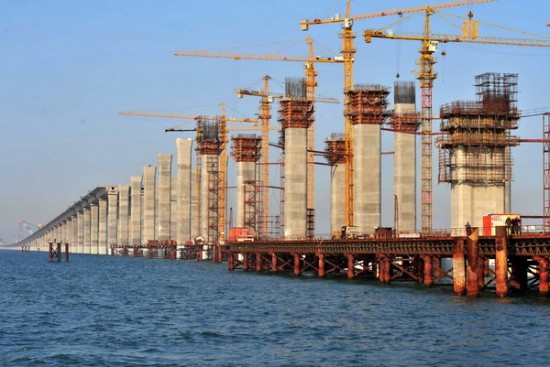 Is it any surprise that the same country that brought us the Three Gorges Dam, the world’s largest shopping mall, and the Great Wall of China could also pull off this engineering feat? Construction of the bridge cost an estimated 1.5 billion dollars, employed over 10,000 people, and used 450,000 tons of steel and 2.3 million cubic metres of concrete. According to the Daily Telegraph, the bridge is supported by over 5,000 pillars (shown above) and is designed to withstand severe earthquakes, typhoons, and collisions with ships. This six-lane, engineering marvel was designed by the Shandong Gaosu Group. 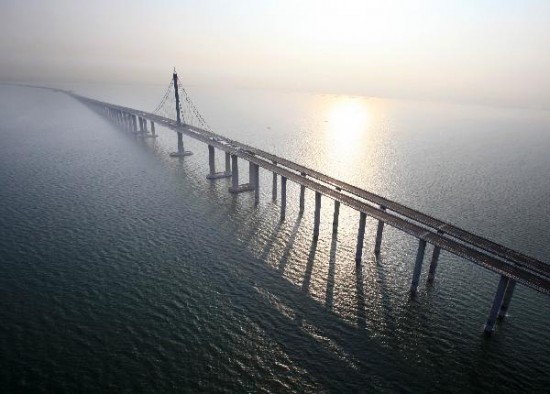 But facts and figures can’t possibly do this bridge justice. The Telegraph made this short, aerial video, which will give you some sense of what it might be like to hover over the open ocean while barreling down a six-lane highway. Sit back and enjoy the ride…

While you’re here, don’t forget to check out the Gwarlingo home page, which is updated regularly. Right now, you can preview new music, see the latest Gwarlingo recommendations and reader comments, plus view Gwarlingo’s new “Photo of the Week,” taken by George Bernard Shaw.

Want to learn more about bridges? Gwarlingo recommends Bridges: A History of the World’s Most Famous and Important Spans by Judith Dupre, available here: